DNC Official: ‘Why Does Tucker Carlson Still Have a Job’ on Fox News? 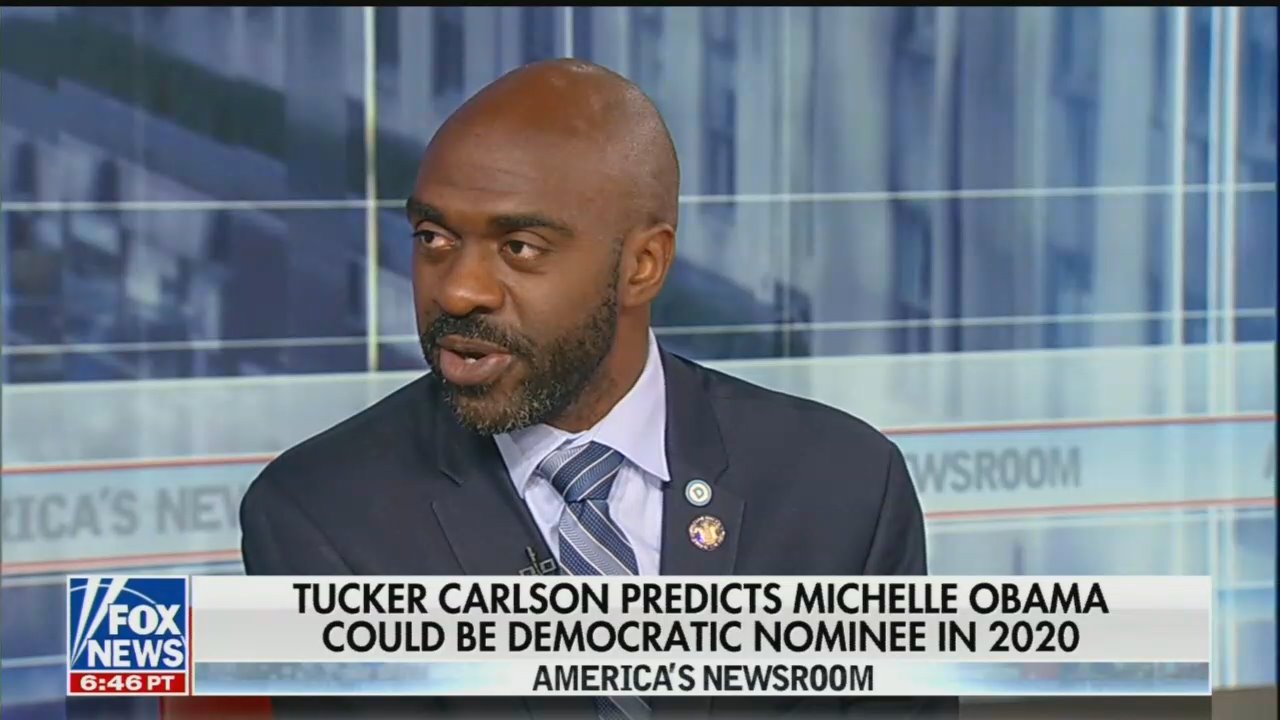 Liberal Democrats are apparently not in the holiday spirit, a fact that was demonstrated on America’s Newsroom on Fox News on Tuesday, where host Bill Hemmer did his best to corral a guest who insisted Tucker Carlson should be fired.

That guest was Michael Blake, vice chair of the Democratic National Committee and an African-American liberal who was brought on to analyze the Democratic field and in particular Carlson's claim that the only candidate that can unify the Democrats is Michelle Obama.

Fox News began the segment with a clip of Carlson saying the Democratic Party is “ripping itself apart over race and gender and class," and the former First Lady is “one of the only people who could unite the party’s warring factions.”

Hemmer began jovially, noting Blake is a DNC vice chair and a New York state legislator (from the Bronx). "Nice to see you, sir," he said. "What do you think of the prediction on Michelle Obama. Blake opened with his rant:

HEMMER: Do you think Michelle Obama will get in the race?

BLAKE: Not going to happen. He shouldn't be on here at all.

By contrast, Blake claimed, Trump is trying to "avoid the truth." But if we're talking about jobs, who's avoiding the truth on record-low unemployment for blacks and Hispanics?

But Blake kept at it: "We're talking about jobs while Donald Trump is ignoring the truth. We're talking about healthcare while Donald Trump is ignoring the turth. And the question must be for Donald Trump, for Fox News, for other entities..." Hemmer stepped in. "I didn't bring you on to bash our network. With all due respect why don't we keep it on topic?" Blake replied "It's relevant." Hemmer insisted "it's not...save it for later."

Blake was referring to comments Carlson made after the August 3 shooting at a Walmart store in El Paso, Texas, where a white extremist gunned down 22 people while targeting Hispanic immigrants. Carlson played clips of liberals blaming the mass shooting on Trump for anti-immigrant rhetoric and allegedly embracing white supremacists.

CARLSON: If you were to assemble a list, a hierarchy of concerns of problems this country faces, where would white supremacy be on the list? Right up there with Russia, probably. It's actually not a real problem in America. The combined membership of every white supremacist organization in this country would be able to fit inside a college football stadium. I mean, seriously, this is a country where the average person is getting poorer, where the suicide rate is spiking -- "white supremacy, that's the problem" -- this is a hoax. Just like the Russia hoax, it's a conspiracy theory used to divide the country and keep a hold on power. That's exactly what's going on.