HuffPost Sued for Defamation on Story Connected to Kavanaugh 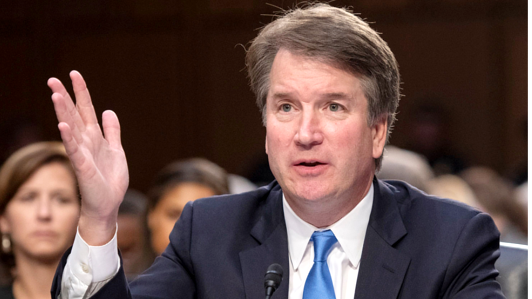 Even though it’s been almost a year since Brett Kavanaugh was trashed with allegations of sexual assault from Democrats during the Senate confirmation hearings, the repercussions of that incident continue to play out even now.

In fact, one article that barely mentions the associate justice has led to a lawsuit against the liberal HuffPost website claiming another student was responsible for the death of a fellow pupil at the Georgetown Preparatory school.

In an article written by reporter Alex Griswold for the Washington Free Beacon:

A Mississippi man is suing HuffPost and its former reporter Ashley Feinberg for claiming that he was responsible for the death of Robert F. Kennedy's son David in a story on then-Supreme Court nominee Brett Kavanaugh.

At the height of the controversy over a series of sexual assault allegations made against Kavanaugh, the liberal outlet published a piece headlined “Former Student: Brett Kavanaugh's Prep School Party Scene Was A ‘Free-For-All.’”

The former student was Feinberg's source regarding the 1984 overdose death of David Kennedy as the catalyst for change at Georgetown Prep. Feinberg, now at Slate, wrote that "two students -- David's brother Doug and his friend Derrick Evans -- had helped score the coke."

Actually, Evans was an African-American professor and community activist who attended Georgetown Prep on a full scholarship. He filed a defamation lawsuit last Wednesday claiming that HuffPost made no effort to contact him before accusing him of a very serious crime.

The complaint, Griswold noted, was the result of a “zeal to create a sensational article about Judge Brett Kavanaugh’s years at [Georgetown Prep] and thereby drive traffic to its website.’”

“If Ms. Feinberg or her HuffPost editors had done even the most basic research of publicly available sources, she and they would have known -- if they did not already know -- that Mr. Evans actively assisted law enforcement in identifying and prosecuting the individuals who actually sold the illegal narcotics,” the lawsuit added.

This article previously that Doug Kennedy was involved in helping his brother to purchase drugs in 1984.

Kennedy was only sharing a room with Derrick Evans, who helped David purchase the drugs, according to an affidavit obtained by the New York Times. We regret the error.”

According to the Free Beacon, Evans claimed that the effect of the correction was also defamation. He noted, “The New York Times reported two other men were arrested for selling Kennedy the drugs, Evans was merely ‘present,’ and his testimony led to their arrests.

The correction "was another complete fabrication published by HuffPost with actual knowledge that both it and the original publication were false or in reckless disregard of the truth, again without ever attempting to contact Mr. Evans for comment," the lawsuit reads.

Griswold stated that the HuffPost article has since been “scrubbed” of any reference to the Kennedy brothers or Evans.

“This article previously mischaracterized the involvement of individuals in a drug purchase. References to those individuals and the incident have been removed,” the correction reads. "We regret the error.”

Additionally, “certain references by the former student to specific individuals have been removed to better reflect the intended purpose of the article: to provide a former student’s general characterizations of the party culture."

Even after all this time, the anger and hatred for Kavanaugh and President Trump still burn hot on the left side of the political aisle.