NPR Diversity Executive: Let the Public, Not Journalists, Decide Who Is Racist 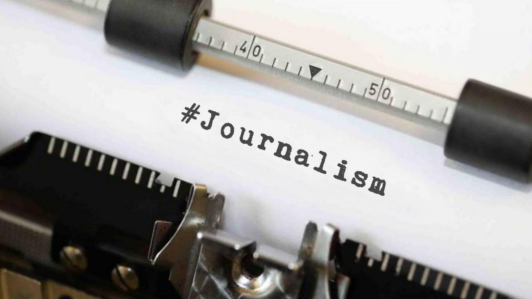 In furious reaction to the President’s tweet on Sunday calling for “Progressive” Democratic Congresswomen who originally came from other countries to "go back" and help fix those governments before trying to change America, many outlets in the “mainstream media” have accused Trump of outright racism.

However, Keith Woods, vice president for newsroom training and diversity with National Public Radio, has a different perspective, asserting that “it is the job of the public, not journalists, to make this type of characterization.”

Woods made the claim during an edition of the Code Switch podcast and in an opinion article posted on the NPR website. The executive was careful to point out that he is not a fan of Trump. \He began by decrying how Trump once again "has used the sniper tower of Twitter to take aim at immigration, race relations and common decency. And once again, journalists are daring their profession to boldly call bigotry what it is: bigotry."

"I understand the moral outrage behind wanting to slap this particular label on this particular president and his many incendiary utterances, but I disagree," Woods argued. "Journalism may not have come honorably to the conclusion that dispassionate distance is a virtue. But that's the fragile line that separates the profession from the rancid, institution-debasing cesspool that is today's politics."

Woods argued that the public can't tell the difference between reporting and the never-ending editorializing on cable "news" shows.

It's already nearly impossible to separate actual journalism from the argumentative noise on the cable networks that dominate so much of public perception. There are already too many journalists dancing day and night on the line that once separated fact and judgment.

When that line is finally obliterated and we sink into the cesspool beckoning us to its depths, this historically flawed, imperfect tool for revealing and routing racism will look and sound indistinguishable from the noise and become just as irrelevant..

Woods added: “What's at stake is journalism's embattled claim to be the source of credible news grounded in the kind of deep, fair reporting that exposes injustice and holds powerful people to account." He suggested a more objective style is more effective in "revealing and routing racism."

“It may be satisfying to call the president's words, or the president himself, racist, given the attacks tweeted from his bully app and so often aimed at our profession. But at what cost?” he asked.

“That's an alternative to labels,” he added: “Report. Quote people. Cite sources. Add context,” but "leave the moral labeling to the people affected; to the opinion writers, the editorial writers, the preachers and philosophers; and to the public we serve.”