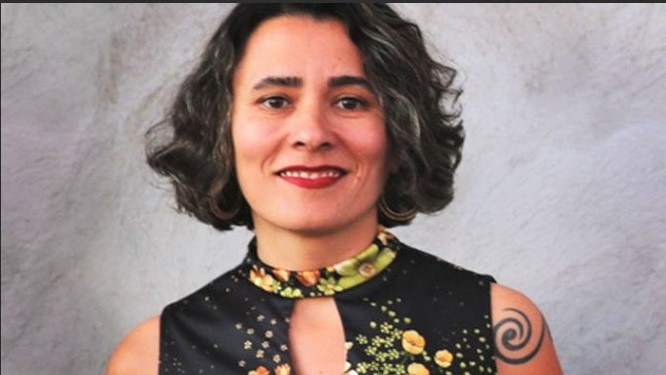 National Public Radio broadcasts a number of reporters with noticeable foreign accents -- Sylvia Poggioli in Italy, the British sound of Philip Reeves (now in South America), and perhaps most notably Ofeibea Quist-Arcton in Africa. So it's puzling that Gisele Regatao had a piece on Brazilian art spiked, and was told that her story had been killed “in part because of my accent.”

In an article she wrote on the incident for the Columbia Journalism Review, the reporter -- who moved to the U.S. from Brazil 20 years ago -- was “shocked” by the decision. Regatao claimed she still has a “mild” accent even though she has spent many years speaking English and not her native Portuguese language.

Regatao, who is the senior editor for culture at the public radio station WNYC in New York City, also noted:

I thought it was a good story: a Latin American artist finally being recognized in the United States 45 years after her death. I pitched the story to National Public Radio.

After listening to a work sample, Tom Cole, my editor, had reservations: “I worry that show producers might not like your accent,” he said.

As you can hear in this video, as Regatao explains being "the minority in a very white world" in public radio, it's not an accent that requires captions.

The focus of her proposed segment was a painting entitled “Abaporu,” in which Brazilian artist Tarsila do Amaral depicts a distorted human figure sitting next to a cactus under a bright yellow sun. That image “may be the most recognizable piece of art in Brazil,” Regatao stated.

“I knew accents could be taboo for some radio people,” the reporter continued, “but I thought NPR would be thrilled to have a piece about a Brazilian artist by a Brazilian journalist.”

Historically, Regatao wrote in her article, “the media has been uncomfortable with accents, even regional ones,” because “voices should be uniform -- announcers were to sound like more authoritative versions of regular people, typically white men.”

“But accents are an important part of representation,” she asserted. “Ultimately, they reflect who belongs and who doesn’t -- and what the voice of our country sounds like.”

After decades of criticism, media companies -- NPR included -- are realizing that their newsrooms don’t match the communities they serve and they need to be more inclusive by promoting women and people of color to decision-making positions.

But having reporters and hosts with a foreign accent on-air remains a subject that many national news organizations would prefer to avoid.

However, “several people at NPR eventually apologized for the reason my piece was killed,” she stated.

NPR News editor Edith Chapin said the decision was “inconsistent with our journalistic practice” and apologized -- while NPR diversity executive Keith Woods admitted that the company has its faults, "but one of them is not an openness to the world, and the voices of the world.”

Regatao contacted major media outlets, like CNN, NBC, and ABC, asking about how they deal with on-air accents, but her calls went mostly unanswered. “The people I did speak with, at NPR and CBS, denied discriminating based on accent, but declined to provide numbers or names to discuss details,” Regatao wrote.

“To ban someone from the airwaves for their accent can be illegal,” Regatao claimed. “The U.S. Equal Employment Opportunity Commission considers it to be a form of national origin discrimination.”

“Television and radio can get tricky,” she also noted. “The law says that an employer may not base a decision on someone’s foreign accent if ‘effective oral communication in English is required to perform job duties and the individual’s foreign accent materially interferes with their ability to communicate orally in English.’”

Once again, liberals have been caught following the motto “Do as I say, not as I do.” Perhaps one day they’ll put their house in order before criticizing others for not following their rules.