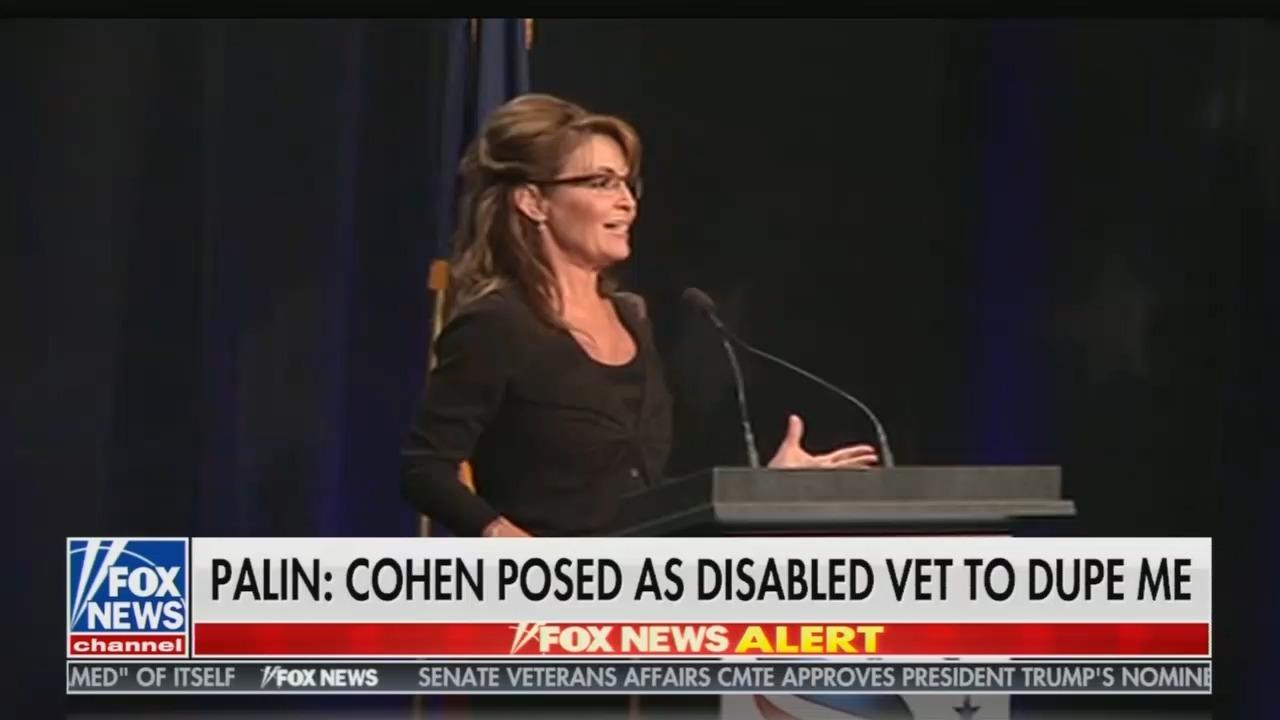 Sacha Baron Cohen is a liberal comedian who has assumed several fictional identities while attempting to embarrass well-known conservatives. Now, it turns out that Showtime might not air the nasty ambush Cohen conducted against Sarah Palin for his program Who is America?

An article posted on Monday by James Hibberd, the TV news editor for Entertainment Weekly's website, stated that
Showtime “would love” to renew Cohen’s controversial show. Rather than put the responsibility on Cohen — who impersonated a wounded vet in order to get the fake interview —  Hibberd insisted that the show “might let Sarah Palin off the hook.”

Entertainment president Gary Levine added that there are ‘casual conversations’ with the comedian about continuing the show.” “He’s the Daniel Day-Lewis of comedy,” Levine said of the man who conducts hoax interviews and attempts to make Americans look dumb.

Levine was then asked when that episode will air, and he replied that Palin might not be in the show in all.

“There are several people who have thrown themselves in front of buses that may not be headed their way,” the executive stated.

Not surprisingly, the reporters “didn’t buy the idea that Baron Cohen would just leave Palin on the cutting room floor, so they asked: ‘Is Showtime unable to include Palin because of a legal reason?’”

Levine added: “Sacha is refining stuff right up to the moment it goes on the air. He screens stuff for audiences. It all feels off the cuff, but it’s remarkably researched.”

“By the way,” Hibberd quoted the press as asking: What does “Who Is America? mean, anyway? What’s Baron Cohen trying to say exactly, about our country?”

“I don’t know what he’s saying about America,” Nevins admitted. “Clearly, we’re living in a time of extremes.”

The first episode made it clear what the show would actually be about: slamming and trying to shame conservative Republicans:

In the premiere, … Cohen dresses up as four different characters, complete with heavy make-up, costumes and accents. Three out of the four segments mock conservatives through humiliation, the cheapest form of humor.

Cohen's character that takes up the majority of the episode (10 out of 30 minutes) is Israeli anti-terrorist expert “Erran Morad,” who advocates arming toddlers in order to solve America’s problem of school shootings.

It didn’t take long for the New York Times to sing the praises of the new program, noting that the newspaper was “fascinated with [the] liberal comic’s hoax interviews,” with the reporters claiming the show “was revealing a truth about conservatives” while no one on the political left became involved.

About one year later, the British comedian, who went undercover across America for his 2006 film Borat and became the driving force behind the new Showtime series, continued his undercover stings while pretending to be “filming a documentary” about “an immigrant” who was now trying to purchase a gun.

Even NBC reporter Jacob Soboroff took to singing the praises of the British comedian in “tricking and humiliating Republicans” with again no sign of any attempt to be “fair and balanced.”