Cuomo: God Will Ask at Pearly Gates if You’ve Been a Good Progressive

While Stephen Colbert and CBS picture God as favoring Oprah Winfrey over Donald Trump for president, the liberal media don't find it outrageous when liberal Democrats claim God will judge your record to see if you were a "good progressive." Imagine a Mike Pence saying God would ask if you were a "solid conservative," and you can see the double standard. The first one to object might by CNN anchor Chris Cuomo, the brother of the governor. 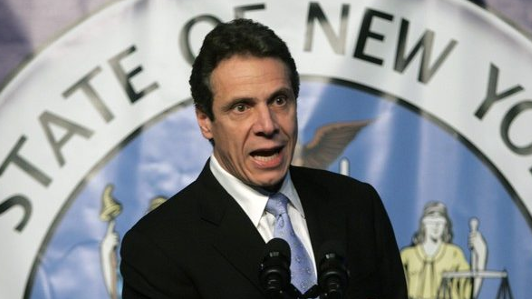 On Wednesday, current New York Governor Andrew Cuomo used his view of Heaven to explain why he is a better choice for that office than fellow Democrat Bill de Blasio, the mayor of New York City.

According to an article by Paul Crookston of the Washington Free Beacon website, the 56th person to hold that post “touted his progressive record by saying God would find it more impressive” than that of his New York rival.

During an interview with Errol Louis of New York’s Spectrum News, the son of former three-term Governor Mario Cuomo stated: “There's no doubt that the mayor and I have political differences. I don’t think progressive politics is a function of rhetoric and words, I think it is a function of results.”

My whole tenure has been about getting progressive things done.

I believe when you go to the Pearly Gates and our Lord says: “Have you been a good progressive?” He says: “Show me the list of what you got done.”

“I have accomplished more progressive results in this state than have been accomplished by any  [other] administration,” Cuomo continued, “and I believe that is factually, objectively irrefutable.”

The governor then rattled off a list of his "progressive" accomplishments, including New York being the first state to pass same-sex "marriage equality," a $15 hourly minimum wage and “a real, sensible gun policy.”

Crookston also noted that the current governor “took a question about his dismissal of actress Cynthia Nixon’s possible gubernatorial run in which he joked that de Blasio may have put [her] up to it.”

“I don’t think a progressive administration leaves people in … housing with no heat and mold and potential lead [poisoning] and says it will [take] three years to do something.”

The Democratic incumbent also criticized the mayor’s plan to take 10 years to build new jails in which to relocate inmates from Rikers Island, the city’s main prison facility.

“I don't believe a progressive administration says it takes me” a decade to complete the project, Cuomo continued.

“Which, by the way, means it's two mayors from now” and “three City Councils, which may as well mean it's in never-never-land,” he added. “Not even a legal agreement to get it done.”

Cuomo also stated that schedule “means you don't want to get it done as a priority. It took you one year to build Yankee Stadium. How can it take 10 years to build a jail?”

Crookston also reported that the governor “said his philosophy is that progressives fail when they do not deliver policy victories.”

“The reason why people turned on the progressive parties, the progressive Democrats, was because they talked a good game, but they didn't produce,” Cuomo noted. “That's the fundamental premise of my political philosophy, and it has been for 30 years.”