Zucker: CNN Held to Different Standard, ‘People Come to Us for Facts’ 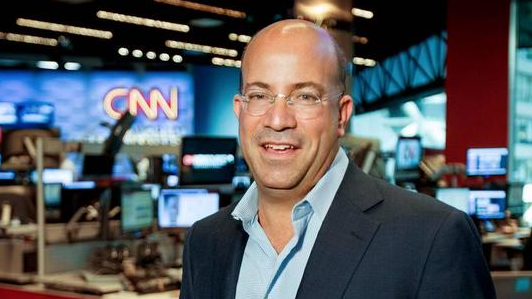 Many years ago, when it was the only 24/7 cable news channel, CNN was the place people went to get the latest news. That has definitely changed, and the channel’s news coverage reached a new low on Monday, May 22, when CNN continued an ongoing discussion of the firing of former Federal Bureau of Investigation Director James Comey while dozens of people leaving a concert in Manchester, England, were killed by a bomb set off by terrorists.

That attack drew virtually instant coverage from the Fox News Channel, while CNN waited to start its coverage of the destruction until 8 p.m., when the discussion was set to end and anchor Anderson Cooper came aboard.

Responding to criticism that the network was “playing politics” while dozens of people had been killed, CNN President Jeff Zucker stated: “CNN is held to a different standard than other cable networks that focus primarily on opinion,” adding: “People come to us for facts, and there is no room for error with facts.”

Media reporter Joe Concha said Fox News began breaking coverage of the bombing in a city in the northwest section of England at 6:48 p.m. ET.

According to an article by Colby Hall of Mediaite: “Fox News host Tucker Carlson went so far as to breathlessly call it ‘media malfeasance.’”

But wait, it gets worse. “We’re not in a race to be first,” Zucker responded. “We’re in a race to be right,” Zucker told Mediaite before stating that “CNN is held to a different standard than other cable networks that focus primarily on opinion,” adding: “People come to us for facts, and there is no room for error with facts.”

“Translation?” Hall asked: “We do news, they do opinion.”

Zucker clearly believes no one actually watches CNN, because it's round-the-clock punditry, speculation, opinion, and anti-Trump panic. Some facts are salted in, but mostly the facts that make Trump sound especially bad.

CNN hopes that its current place among the three cable news channels has evolved, that it is no longer simply a place for big news coverage -- as it was a decade ago -- nor is it a place where almost every program offers comfort food opinions designed to reinforce viewers’ beliefs.

CNN is not the ratings leader, and they’ve still got a ways to go before they catch up with Fox News (though they are at times even with or better than MSNBC).

Zucker also argued "it’s okay to be late to the game as long as they get it right.”

As NewsBusters previously reported last August, Zucker claimed that his network news coverage was “truly fair and balanced” and even underlined that "if everybody is a little upset at the end of the day, we're probably doing our job."

Then in January, the CNN president claimed: “It’s just unfortunate that the most powerful person in the world is trying to delegitimize journalism and an organization that plays such a vital role in our democracy.”

Nevertheless, CNN and MSNBC continue their never-ending race to claim the bottom of the ratings barrel.