It's always interesting when liberals and members of the mainstream media think they've caught conservative icon Rush Limbaugh making an inappropriate comment during his three-hour weekday radio program. Even though almost none of them bother to actually listen to his remarks, the outrage flies from online posters and news outlets across the country.

This was the case on Tuesday, when Limbaugh's discussion of the suicide by beloved comedian Robin Williams was misquoted to say that the iconic actor killed himself because of a leftist worldview.. 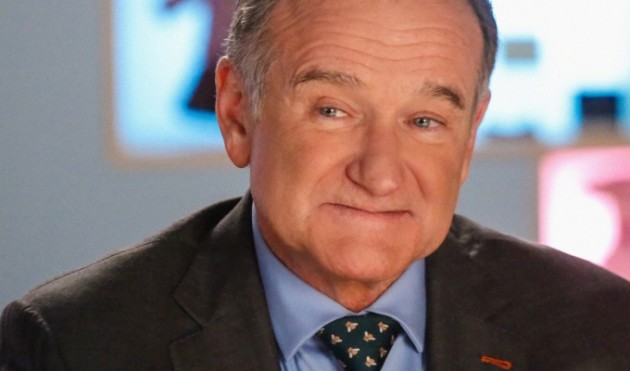 The thing I worry about, I really do, they're making such heroism out of this that I hope it doesn't inspire a lot of copycats by people seeking the same kind of fame.  And that's been one of my big concerns with social media from the get-go....

So our last caller from Des Plaines, Illinois, wanted to know, "What is the politics in the coverage of the suicide of Robin Williams?"  Well, I believe there is some.  But I don't think that the politics is driving it.  I think there was, on the part of media and Hollywood, genuine affection for the guy that is driving it, but there is politics.  If you notice the coverage is focused on how much he had, but it wasn't enough.

"He had everything, everything that you would think would make you happy.  But it didn't."  Now, what is the left's worldview in general?  What is it? If you had to attach not a philosophy but an attitude to a leftist worldview, it's one of pessimism and darkness, sadness.  They're never happy, are they?  They're always angry about something. No matter what they get, they're always angry.

Even the Washington Times, certainly no liberal mouthpiece, ran a story under the headline “Rush Limbaugh: Robin Williams Killed Himself Due to Leftist World View.”

The staff at Twitchy.com stated that on Tuesday, “Limbaugh answered a caller’s question on whether there were any political aspects to the way the media was covering Williams' death. Rush gave an answer about how he thought the media’s (predominantly left-wing) political world view was influencing the coverage of the story.”

“The left is never slow to engage in full-throated idiocy when they see an opportunity to score some points against a conservative,” the staff asserted.

Sure enough, it wasn't long before online posters tore into Limbaugh, with @ollieblog calling his comments “weapons grade idiocy here.”

@Matthops82 also displayed his venom by writing: “Dear Rush Limbaugh: Stop. Sincerely, Everyone.” In addition, @FilmLadd grumbled that the radio host made the comments even though Williams is “not even buried. Geez.”

However, the Twitchy posting had an interesting title: “People who don’t listen to Rush Limbaugh are outraged by something he didn’t say. Again.”

@BenHowe responded to the tumult by stating: “Um … no. He linked media” coverage to the problem. “Rush is always taken out of context,” @recoveringlibrl wrote. “When is the left ever truthful?”

“Again I'm left wondering if the capacity to follow a line of thought isn't there or if it's just yellow journalism,” wrote @rodeoamy. @conkc2 responded: "So I just went back & read @rushlimbaugh's transcript. … Thought I missed something. Turns out no ... MM is just lying per usual.”

Of course, it fell to Limbaugh himself to straighten out the controversy. During Wednesday's program, he stated: "All of these media people think I am just a reprobate, a cold, heartless guy because I accused Robin Williams of committing suicide because he was a liberal. And I did no such thing."

After 26 years of being misquoted, purposely taken out of context, misreported upon, lied about, some of this stuff now is beginning to get to the point I need to comment on it. Most days I just let it go by, not wanting to elevate it.

But what the left, and particularly the leftist media, is attempting to do in twisting my comments about the Robin Williams suicide yesterday cannot go unnoticed. In fact, I didn't even know that I was on the hot seat 'til I got an e-mail about 20 minutes ago about all the crap I was getting. I said, "What crap?”

Limbaugh added: “'We have no business being happy and optimistic here, given the plight of the rest of the world!' That has always been the battle cry of the left.”

"There used to be an unbridled optimism about most people in this country because of what was possible as the result of being an American,” he noted. “And in the last almost six years, there's been an assault on that.”

As NewsBusters has regularly reported, Limbaugh has been a favorite target of liberals, ranging from Daily Show host Jon Stewart -- who called for a new hashtag that would read “#F*@k You, Rush” – to former Newsweek editor Jonathan Alter, who called for boycotts to bring down the “racist” radio talk show host.

Despite their perpetual attacks, liberals fail to understand the bond between Limbaugh and his listeners, who have remained loyal during the radio host's ups and downs since 1988, and the conservative icon shows no signs of slowing down anytime soon.