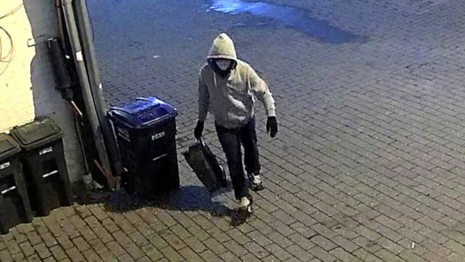 On January 6, the media was chock full of stories about the events at Capitol Hill on the day of the riot. One potentially big event that could have overshadowed what happened at the Capitol building was a couple of pipe bombs planted near the Democratic National Committee and the Republican National Committee buildings. Fortunately neither bomb went off, but the mystery remains of who was the pipe bomber that still remains at large.

Because of the January 6 anniversary, several media outlets were speculating about the mystery of who the pipe bomber was and why the FBI has not found him despite conducting an intensive investigation. You can see stories about the investigation into the pipe bomber suspect at such sources as CBS News, the Associated Press (via PBS), and The Atlantic.

One thing the stories all have in common is what appears to be a lack of curiosity why the FBI hasn't used a very common investigative technique to identify the bomber. An example of this mysterious lack of curiosity was displayed by Atlantic writer Elaine Godfrey in her Thursday story, "The Capitol Hill Bomber Is Still At Large."

Investigators for the FBI have scoured hundreds of hours of video and interviewed more than 900 people so far in the pipe-bomb case. They’re reportedly studying the way the person walks in the camera footage, hoping to find a suspect match through gait analysis. But they’ve made little progress, and they’re asking members of the public for help. “We’re still nose to the grindstone here and trying to find this individual, trying to bring the person to justice,” Steven D’Antuono, the assistant director of the FBI’s D.C. field office, told the Associated Press this week. “But there is hopefully maybe somebody still out there that knows the person or sees the video again.”

Amid all this kvetching by Godfrey about the FBI failing to find the suspect despite an intensive investigation, she fails to ask a very obvious question: Why hasn't the FBI attempted to track the pipe bomber's GPS movements via the phone pinging off the cell phone towers? We know the suspect used his cell phone at least five times since his movements were tracked by surveillance cameras such as in the one provided by the FBI below.

And since the suspect's locations and times were known from video surveillance it should be a rather easy matter to find out where he started out from and where he went after he planted the bombs via GPS tracking as well as perhaps what phone number(s) he called. This is not some kooky crackpot investigative idea since many people at Capitol Hill on January 6 were tracked by that technology as the WUSA9 story reveals:

WASHINGTON — If you were anywhere near the Capitol on Jan. 6, you may be getting a knock on your door from the FBI.

A D.C. woman said an agent visited her neighbor and called her, telling them investigators were tracking people whose cell phones connected to wi-fi or pinged cell phone towers near the Capitol during the riots.

"They don't call first, they just come to your house," Bree Stevens, a legal investigator who lives near Capitol Hill, said.

Stevens said an FBI agent told her they were reaching out to every single person whose cell phone put them near the Capitol during the riots.

So if the FBI can use cell tower tracking to identify grandmothers just standing around at the Capitol building on January 6, why haven't they used the same technology to find the pipe bomber? Perhaps Elaine Godfrey and all the others writing about the "mystery" of the pipe bomber might do something real journalists used to do and pick up a phone and call the FBI or the January 6 Committee to ask them about this.