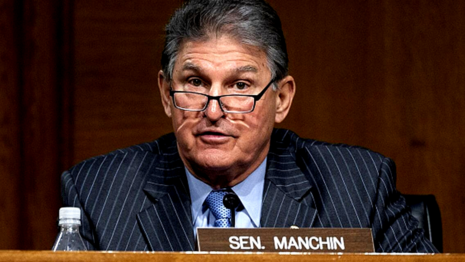 For years it has been a key part of liberal dogma that requiring voter ID really means voter suppression. However, magically in the last few days, liberals including Stacey Abrams and many media outlets have "discovered" that, hey, voter ID does not suppress the vote in any significant way. Of course, there is an ulterior motive in this "discovery" as we shall see.

Among those who have somehow found out very conveniently that voter ID requirements does not suppress the vote is someone who until recently was vehemently against such a requirement to the extent that he railed against in in June 2020 in a Time magazine column, "The Racist History of Voter Registration." His name is David Litt, a former Obama speech writer.

However, Litt's objections to voter ID miraculously vanished this week as you can see in his Atlantic magazine column, "Democrats Should Take the Deal on Voter ID."

In order to secure his vote on the most significant voting-rights legislation in more than half a century, Senator Joe Manchin is demanding that every American be required to show identification in order to vote. Democrats shouldn’t hold their nose and take that deal.

They should embrace it with open arms.

...A 2016 study in Texas, home to some of the most restrictive voting laws in the country, surveyed nonvoters from that year’s election in the Democratic stronghold of Harris County. Just 1.5 percent of them listed not having identification as the main reason they didn’t vote. A 2014 Virginia study found that of the 2.2 million eligible voters who tried to cast a ballot in that year’s election, just 474, or approximately one in 4,600, were stymied by lack of ID. These are not outliers. The UC Davis political scientist Benjamin Highton, after surveying ID laws nationwide, concluded that they had “modest, if any, turnout effects.”

And why did Litt suddenly notice what was obvious about voter ID to most rational observers of election laws? The answer is Joe Manchin and the filibuster as he admits.

And consider what Democrats, and democracy, will get in return for this concession. Automatic voter registration. An end to partisan gerrymandering. Mandatory early voting nationwide. Joe Manchin’s offer will leave some voters out. That’s bad. But the number of voters who will be enfranchised by this proposal outnumbers—by orders of magnitude—the number who will be left disenfranchised. That’s not just a step in the right direction. It is, potentially, the difference between preserving our democratic system of government and not.

Manchin’s proposal comes with enormous political benefits as well. For years, Republicans have argued that Democrats weren’t serious about election reform because they opposed voter-ID laws. Now many Democrats (including the party’s leading voting-rights advocate, Stacey Abrams) have agreed not just to allow voter-ID requirements but to bring them to every state in the country—and Republicans immediately flip-flopped. The sight of Mitch McConnell and other leading GOP senators opposing what they as recently as yesterday insisted was a national imperative is not surprising. But it puts Republicans on the wrong side of popular opinion. And it clarifies for even the least engaged voter exactly where the two parties stand.

Hopefully, this is a clarifying moment for Joe Manchin as well. In leaked remarks, the senator recently opened the door to changing the Senate’s filibuster rule. But Manchin is also a proud and stubborn believer in bipartisanship for bipartisanship’s sake. We can’t protect democracy without reforming the filibuster. And like it or not, Manchin won’t reform the filibuster unless he is satisfied that Republicans were given a fair chance to compromise on a bill that ought to have garnered bipartisan support.

And there you have it. Litt let the cat out of the bag by admitting that by allowing rather weak voter ID requirements, the Democrats would be able to federalize elections and if the Republicans, as expected, vote down the bill, then Manchin would have an incentive to oppose the filibuster.

The interesting thing here is that liberals such as Litt will never be able to whine about voter ID requirements in the future without being mocked.