Daily Beast Sees Trump in Documentary Series ‘Why We Hate’ 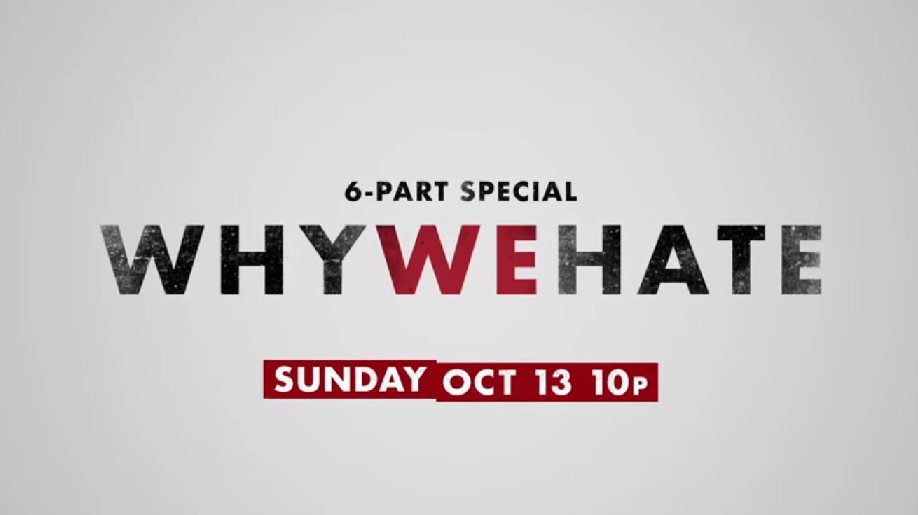 The Discovery Channel's six part documentary series "Why We Hate" which was executive produced by Steven Spielberg debuted on Sunday on the Discovery Channel. So do you have any idea which person is being focused upon by the Daily Beast as an example of perpetrating hate? Of course you do. It is the Big Bad Orange Man aka President Donald Trump.

Should you have any doubt about his, the Daily Beast makes it very very clear that Trump is this series focus starting with the title, "Steven Spielberg Battles White Supremacy in the Age of Trump." In addition, the very first sentence of the  review of the series upon which the author, Nick Schager, has projected his own terminal TDS starts off with Trump's name and does not let up for the rest of the paragraph nor in most of the rest of his screed.

It will surprise no one that Donald Trump factors heavily into Why We Hate, a six-part Discovery Channel documentary series (executive produced by Steven Spielberg and Alex Gibney) that investigates the many forms and causes of—and possible remedies for—intolerance. So ubiquitous is his presence, in fact, that even when he’s not the specific topic of conversation, his corrosive shadow looms large over the proceedings—as when international criminal lawyer Patricia Viseur Sellers, describing Khmer Rouge madman Pol Pot’s motivations for initiating genocide, states (with a pause that indicates she knows what she’s about to imply), “He was going to make Cambodia great again.”

Whew! But Schager is only getting warmed up for the very next paragraph which continues explaining why he thinks the creators of this series are also chock as furious with Trump as he is:

Our current president’s ugly, divisive language and policies—and the white nationalist movements and mass shootings that have been inspired by it—are a natural fit for directors Geeta Gandbhir and Sam Pollard’s non-fiction work (premiering Oct. 13), because Trump perfectly embodies key elements of their portrait of personal and societal animosity. In short, the president is the latest in a long line of leaders who’ve exploited hate in a very particular, authoritarian way. First, he promotes the propagandistic message that the world is at war with him and those like him, and that his enemies are dehumanized “others” (see, for instance, his comment about immigrants: “These aren’t people; these are animals”). Then, he establishes himself as the sole persecuted figure who can provide sanctuary and deliverance from this threat—a promise couched in victimhood and compassion. In doing so, he weaponizes intolerance, making it a permissible position to hold and any ensuing violence committed in its name justifiable.

...Directors Gandbhir and Pollard make no blanket condemnation of Trump, because they don’t have to; just discussing his behavior in the context of his dictatorial predecessors does the work for them, illustrating how he preys upon supporters’ feelings of marginalization and oppression, turning those emotions into drivers of prejudice and conflict. His is a bigotry game as old as time itself, and thus it’s no wonder that reformed neo-Nazi Frank Meeink states, on-camera, that his white-power brethren saw Trump’s warning about border-crossing druggies, rapists and murderers as an obvious and direct shout-out to their cause.

Schager's fury over Trump  ultimately goes to, yes, the comparison of Trump with...Hitler.

...That too speaks to Trump, just as it relates to Hitler and the Holocaust, which proves to be ground zero for examinations of not only why we hate, but how enormous groups of individuals can go along with, and actively partake in, unthinkable atrocities.

Perhaps Nick Schager himself should be the subject of an episode of Why We Hate.