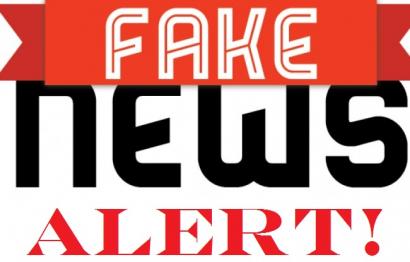 The Washington Post could have spared themselves a lot of embarrassment on Wednesday if only they had done some basic fact checking instead of acting as robotic stenographers for Democrat talking points. And the talking point in question was the fake news that Republicans legislators in North Carolina  broke rules to vote for a budget override while their Democrat colleagues were nobly attending a 911 ceremony.

Here is the original Washington Post tweet reciting the false claim by Democrats as if it were a fact.

North Carolina Republicans overrode a budget veto while Democrats were at a 9/11 ceremony https://t.co/b6kvApZaqn

Unfortunately for the Washington Post acting as a Democrat party mouthpiece, this story was just plain wrong. Had they done their fact checking as was performed in this Raleigh News & Observer article, they could have spared themselves the public humiliation of an embarrassing backtrack:

The House and Senate passed the GOP-written budget, but Democratic Gov. Roy Cooper vetoed it on June 5.

Republicans don’t have a supermajority in the House or the Senate. In order to override Cooper’s veto, they needed Democrats to vote with them or wait until a day when enough Democrats were absent to give them the edge they needed.

Okay, that summed up the background of the situation. Now on to the claim that the Republicans were not playing by the rules:

DID REPUBLICANS BREAK ANY RULES?

No. The budget override was on the calendar for Wednesday’s morning session.

So no rules were broken but didn't the Republicans act unfairly by taking advantage of the fact that their Democrat colleagues were attending a 9-11 ceremony as the Washington Post via their Democrat talking point handlers alleged? Again, the News & Observer provides us with the actual facts:

Some headlines suggested that Democrats were at events commemorating the 9/11 attacks — the vote was taken at roughly the same time as the national moment of silence. But the News & Observer has confirmed only two Democrats attended 9/11 events.

One was Cooper, who spoke at the North Carolina National Guard’s Sept. 11 commemoration in Raleigh.

The other was Rep. Garland Pierce, a Scotland County Democrat, who says he attended an event in Raeford.

So only one, count him, ONE Democrat legislator was at the 9-11 commemoration.

Just a bit of fact checking would have saved the Washington Post from being forced to issue a "clarification" as you can see in this tweet:

Clarification: An earlier version of this article overly generalized the reason for Democrats’ absence from the General Assembly session. The story has been updated. https://t.co/AsiP6VuaNd

"Overly generalized" by a longshot since only ONE Democrat legislator attended the 9-11 commemoration. To claim attendance at that ceremony as the reason for the Democrats being absent in the legislature is...fake news.

Sister Toldjah at RedState noted the Post was not along in the Fake Take:

CBS News also ran with it after reporting that a local news media outlet (WTVD) said “many Democrats were at 9/11 commemoration events.” Except there was no such claim in WTVD’s reporting other Cooper’s claim.