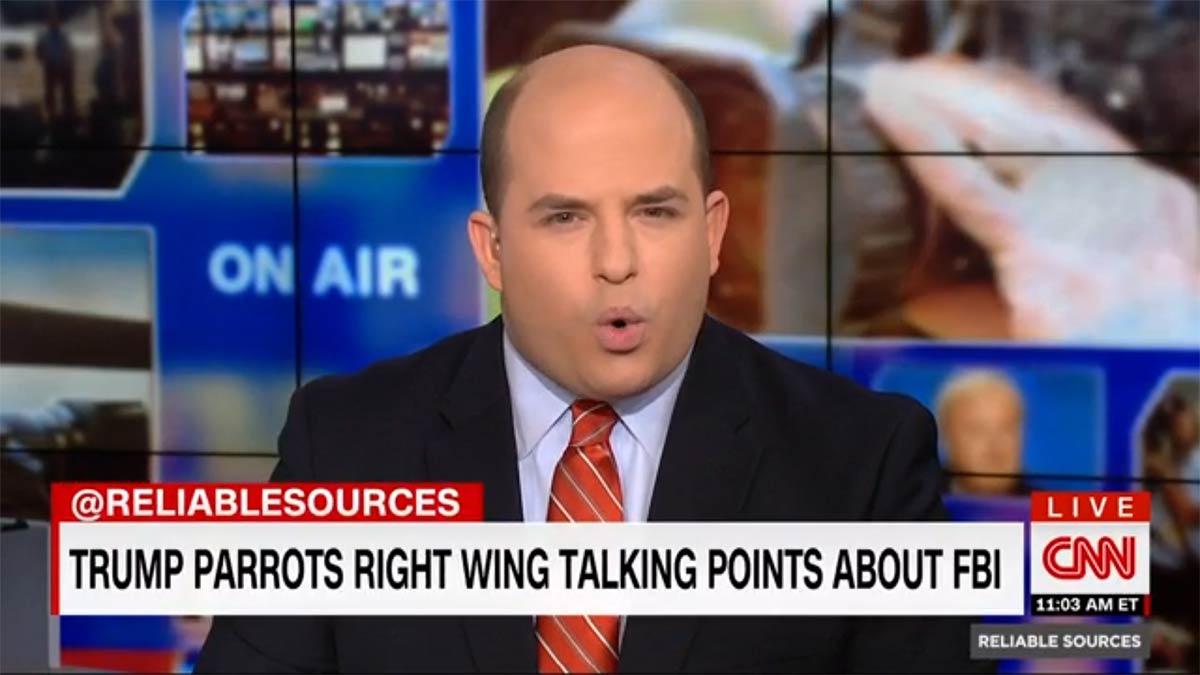 No sweat! Or so CNN's Reliable Sources host Brian Stelter must have thought when he victoriously tweeted about how President Donald Trump was supposedly completely wrong about weather conditions. Stelter seemed to forget that something other than rain can get people wet in the humid South, namely Fayetteville, North Carolina where Trump held a rally on Monday.

First let us see Stelter's "gotcha" moment in which he thinks he caught the President in a lie only to be brutally shot down in a most mocking manner by those on Twitter who reminded him about what else could cause people waiting outside in the heat for hours to get wet. 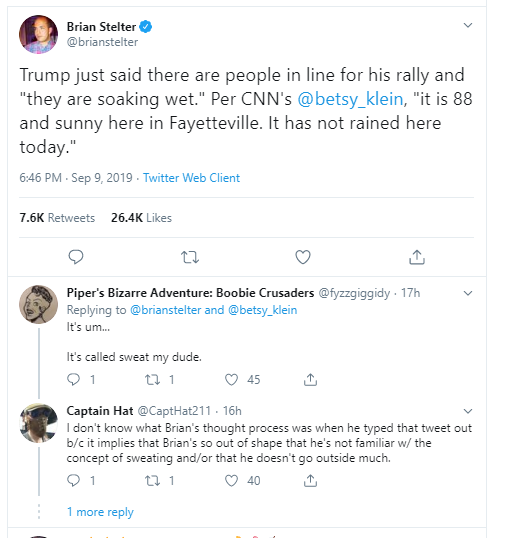 Aha! You got him, Brian! Or so you thought until a short time later waves of mockery poured down upon you notably from Dan Bongino. 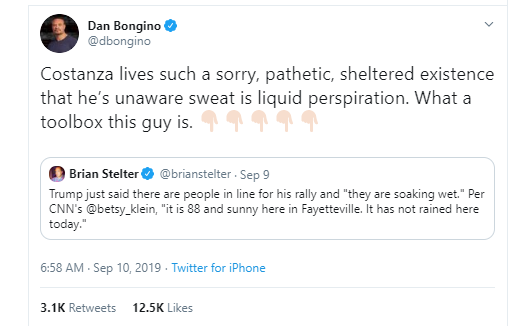 TownHall.com described it this way:

Of course, anybody who has ever been outside for more than 10 minutes in 88-degree weather knows that you sweat. And yes, sweat makes you soaking wet if you perspire long enough. Folks on Twitter quickly let Stelter know this fact.

As the MRC’s Brittany Hughes put it, “According to the Weather Channel, temperatures in Fayetteville reached over 90 degrees on Monday with 71 percent humidity.”