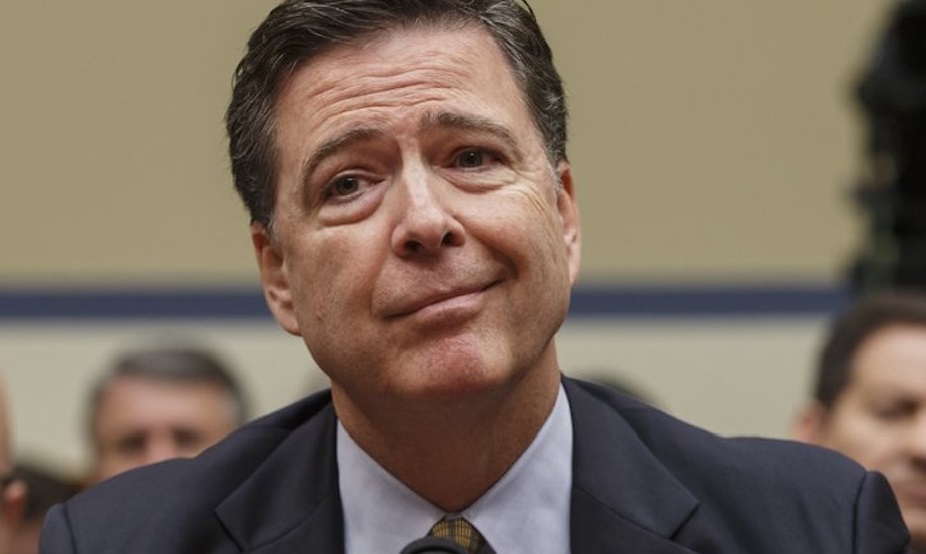 We had Rasohomon the movie in which the same scene is presented several different ways depending on the point of view of the performers. And now we have the political version of Rashomon, in the form of the the Department of Justice Inspector General report, according to the CNN's overly imaginative Chris Cillizza, which was highly critical of former FBI Director James Comey. For Cillizza the facts clearly stated in the IG report really depends on the political viewpoint of whoever is reading it.

The report makes clear that Comey set a "dangerous example" in his use of the memos as a way to trigger a special counsel investigation into Russian interference in the 2016 election...

But the report is also clear that what Comey sent to be leaked contained no classified information, a finding that runs directly counter to Trump's insistence that Comey broke the law by leaking classified materials.

Comey was wrong to write a memo for the express purpose of leaking it to trigger a special counsel investigation. Trump was wrong in his years-long assertion that Comey had leaked classified materials and should be jailed. Neither were entirely in the right. Nor was either entirely wrong about the other.

Which one of those facts matters more to you? Well, that depends.

How about the fact that Comey acted in a way that was completely unauthorized in this matter which Trump didn't? There is no way to Rashomon around that fact.

If you believe Comey was part of a "deep state" conspiracy within the Justice Department that wanted to keep Trump from the White House and then, once he got there, to hamstring him in office, then the IG report confirms the idea that the ex-FBI director broke the rules of the organization in order to force the Justice Department's hand on the President.

Key phrase: "Broke the rules of the organization."

If you believe Trump is, at heart, a malignant force in the White House, then Comey's willingness to use step over the line is entirely justified in order to expose the depth and breadth of what was going on in the Trump administration. (The eventual special counsel report by Robert Mueller concluded that the Trump campaign did not collude with the Russians but did not make a determination on whether Trump had obstructed the investigation.) And that the IG report concluded that Comey had not, in fact, leaked classified information, is yet more proof that the President simply makes things up to tarnish his political enemies.

That wasn't Comey's call to make. If he believed Trump was a "malignant force in the White House," then Comey's option would have been to resign rather than work to undermine the President of the United States. Oh, and thanks for noticing that despite Comey's and Mueller's efforts, NO Trump-Russia collusion was found.

But only one set of facts found in the IG report, Mr. Rashomon.