Two more conservative commentators at CNN appear to have joined the growing club of suppressed conservative pundits, according to a report in Friday's Hollywood Reporter.  The ones who were muzzled, this time by sidelining, are Steve Cortes and Ben Ferguson. And the reason for the sidelining appears to have been due to pressure from the left.

Liberals can't stand a serious opposing view. They can only stomach never-Trump Republicans that sound like Democrats, like Max Boot. See Stephen Colbert complaining to Anderson Cooper about Ken Cuccinelli's spots on CNN. "There are a few panelists that I've got to skip over," he complained. "Was there anything you ever asked him that you thought, 'I'm going to get an honest answer?'" 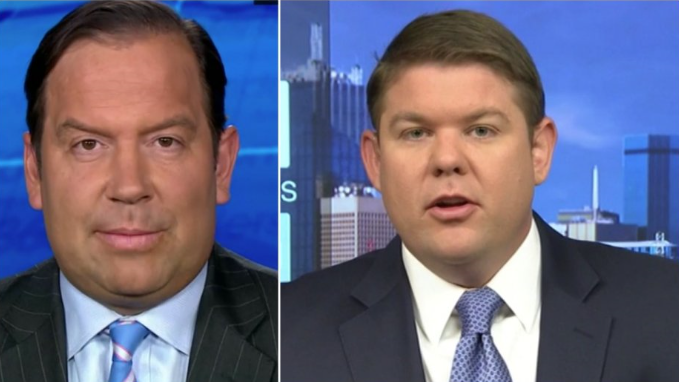 Steve Cortes hasn't been seen on the network in more than a month and Ben Ferguson hasn't been on since April, but both are still paid contributors.

CNN president Jeff Zucker is famously committed to ideological diversity. "You can't run a news channel and you can't do a show if you don't talk to all sides," he told The Hollywood Reporter in April.

But two of CNN's most prominent conservative contributors have been absent from the network in recent months.

Apparently that commitment to "ideological diversity" by Zucker at CNN is true but only if it runs from far left to merely very liberal.

Steve Cortes, a prominent surrogate for the Trump campaign in 2016 and "happy warrior" for President Trump, has not appeared on CNN in the U.S. in more than a month. Ben Ferguson, a veteran Republican commentator, has not been on in more than four months, since Apr. 13.

Both men are, to date, still paid CNN contributors, but they appear to have been "benched" by the network — or simply left unbooked by the network's show producers.

While his dry spell dates to before the incident, Cortes came under fire for appearing in a Aug 5. video called "The Charlottesville Hoax" for PragerU that criticized media coverage of Trump's infamous "very fine people" comment.

"They just won't book him," a former CNN contributor said of Cortes. "They'll just pay him. They won't fire him, because that's just blatant. But they won't book him, and they'll tell all the producers not to book him."

Censorship on the sly. It would be too bad for CNN and their toilet ratings if they were outright fired.

The absence of Cortes and Ferguson follows the network's decision in early 2019 not to re-new the contracts of two other pro-Trump contributors, former congressman Jack Kingston and former South Carolina Lt. Gov. Andre Bauer.

At the time, a network source attributed the decision to "the natural churn of contributors," but CNN's stable of pro-Trump contributors has thinned considerably from what it once was.

A "natural churn of contributors" that not so naturally thins out primarily those of a conservative outlook.

Barr noted Colbert's complaints, and said "CNN's reliably pro-Trump contributors, which still includes lobbyist David Urban, have long been a point of criticism for detractors." There's Urban, and there's Rick Santorum. Who will be the last to leave?CNN anchors and other CNN pundits show open contempt for them.