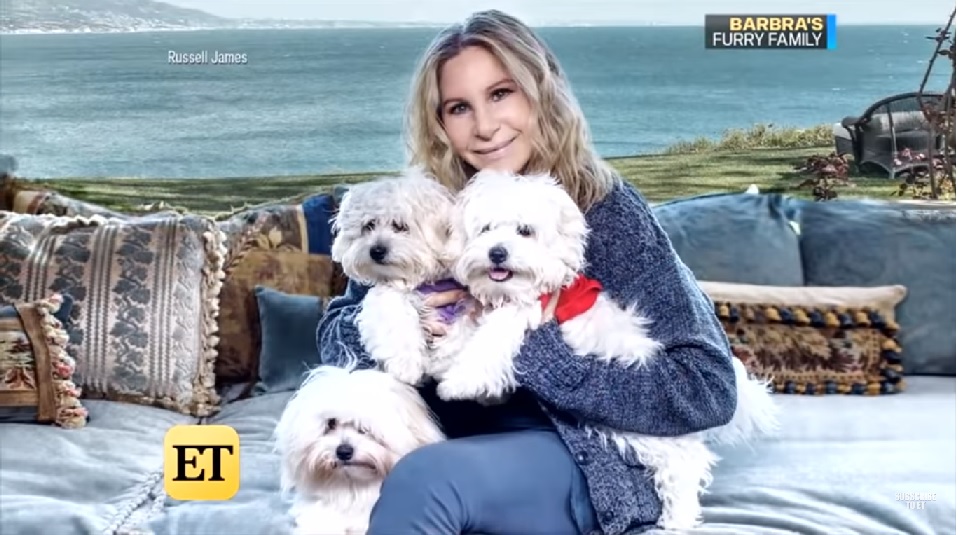 How big of a carbon footprint does a dog flying 10,000 miles roundtrip leave? Well, multiply that three times and that is the carbon footprint (pawprint) left by the three dogs (two of them cloned) belonging to Barbra Streisand who deemed it essential that her three fluffy pooches had to be in attendance when she gave a song performance at London's Hyde Park on Sunday.

Yes, the singer who has been lecturing the world on climate change (formerly known as global warming), wasted emissions transporting her pets to watch her sing in London. One wonders if she paid carbon credit indulgences to Al Gore in order to ease her liberal conscience. If so, was the payment made in cash or dog biscuits?

To get an idea of Streisand's incredible hypocrisy, let us look at her tweet from less than a week before her dogs went aboard the 10,000 mile roundtrip to London in which she angrily lectured on the topic of "climate deniers" being removed from office, especially Trump. 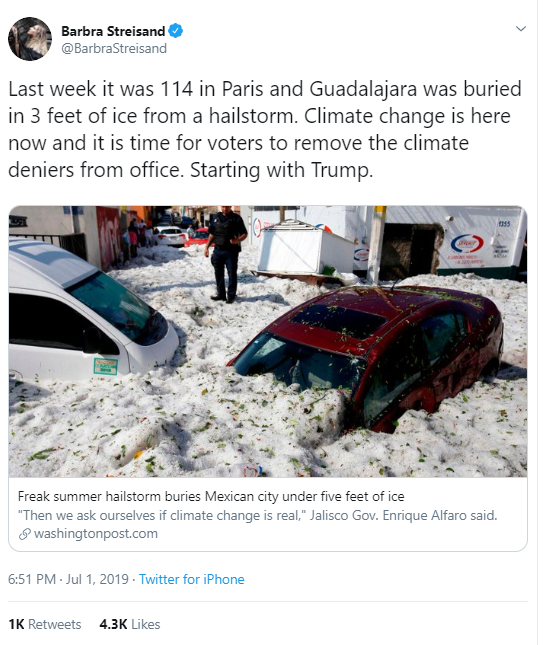 So how is Streisand herself fighting climate change? Here is the U.K. Sun report on how she is accomplishing that:

The singer, 77, had her poodles Miss Scarlet, Miss Violet and Fanny with her waiting in the wings in a custom dog buggy with a dedicated VIP escort for them backstage.

How much weight on that custom dog buggy because that needs to be added on to the carbon credit indulgences.

She performed for 65,000 punters at British Summertime with Posh and Becks in the crowd alongside Spanish film star Antonio Banderas, 58, and actor Richard E Grant, 62.

What? No Al Gore in attendance or perhaps he was busy flying to yet another climate change conference on his private jet?

The dogs even made a brief appearance on stage when Babs admitted they weren’t “into showbusiness”.

So why not have them play their master's performance on YouTube which they won't watch rather than waste carbon emissions flying them to London to ignore her singing?

A backstage source told The Sun: “There was no expense spared for her three beloved pets in the backstage area. “They had free roam of her dressing room and a dedicated member of staff to push them in the buggy or walk them round at their free will.Barbra adores them all and would never travel with out them, fans were even queuing up for selfies with them.”

If she never travels without her dogs, has she been paying carbon credit indulgences all this time while she is also busy lecturing the world about climate change "deniers?"

Last month Barbra took the dogs to visit their mother’s grave and posted the event on Instagram with the caption: “The twins Scarlet and Violet honoring their mom (with cousin Fanny in the center!)”

Were they flown to the gravesite and, if so, was it on a private jet?