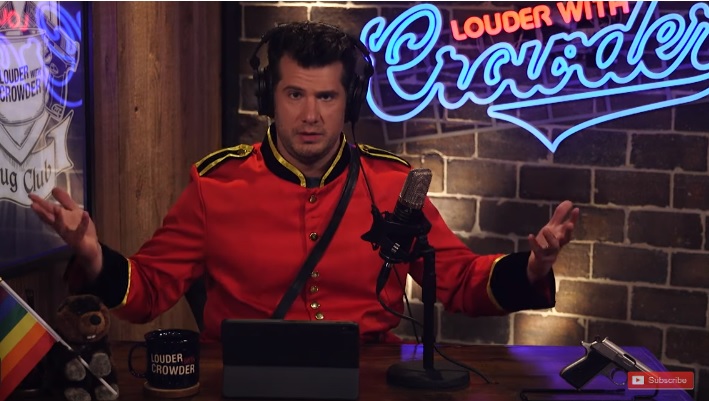 That was the very sad news that left-leaning Vice News relayed to its "progressive" readers on Tuesday. The YouTube censorship crackdown on Steven Crowder's Louder With Crowder channel completely backfired.

Rather than hurting him via demonetization even though they admitted he violated no YouTube policy, the conclusion of the news site that's having its HBO show cancelled was that it has only made him stronger.

Vice News writer David Uberti reported how it boomeranged on YouTube in the post "YOUTUBE’S BUNGLED CRACKDOWN ON STEVEN CROWDER ONLY MADE HIM STRONGER" (emphasis mine):

...What YouTube intended as a slap on Crowder’s wrist has instead turned the video creator into a martyr standing against Big Tech overreach. And it could even help him solidify a more durable business model that limits the pain YouTube can inflict for breaking its rules in the future — outside of an outright ban.

Here's more from Uberti (emphasis mine):

Right-wing media personalities rallied behind Crowder after the YouTube nixed some of the advertising on Crowder’s videos last week. Sen. Ted Cruz has publicly taken to Crowder’s defense. And new subscribers have flooded into his channel, which pushed merchandise and memberships to its “Mug Club” through the promo code “FREESPEECH” over the weekend.

...Provoking tech platforms into such awkward public positions could be lucrative in its own right. Crowder claimed in a series of giddy shows last week that YouTube’s selective enforcement of its policies even provided a financial shot in the arm.

Hmmm... So will this censorship boomerang episode be featured on YouTube Rewind 2019? For them to include it would be incredibly embarrassing but to avoid the controversy would subject them to even more mockery and thumbs down votes than YouTube Rewind 2018.