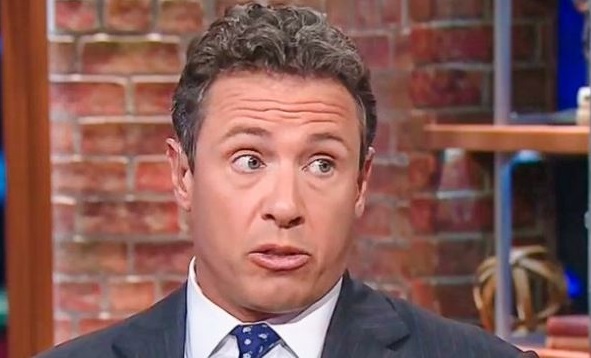 CNN's Chris Cuomo might have his faults but one thing you have to say about him is he plays it down the middle with no obvious partisan agenda. You don't believe me? Why just ask him since it has been announced in the Hollywood Reporter that Cuomo will be hosting a call-in radio show starting this Monday on SiriusXM's "non-partisan" P.O.T.U.S. channel. Got that, everybody? Non-partisan.

If you dare cast aspersions upon Cuomo's claim about a lack of a political agenda, he tells us over and over again about how straight down the middle he plays it in contrast to those nasty conservative hosts. Oh, and he also tells us about a big fringe benefit of having a radio show on SiriusXM; he can let off steam by cursing. Hooray!

"I can say whatever I want," he told THR. "I don't have to worry about my language the same way."

I wonder what type of language he will use on the air after about the fiftieth call to his show daring to question his claim of non-partisanship?

Chris Cuomo has lots to say and will now get two more hours each day to say it.

The CNN anchor, who took over the 9 p.m. slot on the network in June, is getting a daily, afternoon radio show on SiriusXM's non-partisan P.O.T.U.S. channel called Let’s Get After It with Chris Cuomo.

Soon to be renamed Let's Get After Conservatives with Chris Cuomo?

"This is an opportunity to do something that's precious, which is to actually talk to the basis of people that I'm trying to get on the same page with at night," he told The Hollywood Reporter in an interview. Cuomo said he's "always" been interested in doing radio and was pleased to be presented with a "great" opportunity to realize those ambitions.

He is following in the footsteps of his father, former New York governor Mario Cuomo, whose own brief radio show was described in the New York Daily News as "unlistenable."

The radio show will also be a "testing ground" to see what topics work for his evening show, which is an approach that Cuomo's competitor on Fox News, Sean Hannity, has mastered with his three-hour-long daily radio show.

But Cuomo said he won't be doing what Hannity and his primetime colleague Laura Ingraham do every day. "They're selling something," he said. "That's what they do. They're pundits. ... That's not what I'm doing. I actually want to access where people are. I don't want to find ways to make them go places. I don't want people to believe or disbelieve anything unless it's a matter of fact. Most people on the radio, they are in the business of persuading people that only certain things are right or good. I'm not in that business."

Yeah, Cuomo is such a non-partisan type that we can't see how he falls on the political divide. He is also Mr. #FactsFirst except in a few cases such as, oh, last night when he became #LiesFirst with this Kavanaugh accuser investigation whopper:

CHRIS CUOMO: President Trump had said he wanted a process, but now he's saying this.

DONALD TRUMP: I don't think the FBI really should be involved because they don't want to be involved. If they wanted to be, I would certainly do that, but as you know, they say this is not really their thing.

CUOMO: None of that is true, okay. We have heard nothing from the FBI saying they don't want to do this.

Somebody might want to call him on his new radio show to experience the pleasure of hearing his newly allowed cursing in response to the query as why he told such a bold-faced lie about the FBI.

Exit question: Is this Chris Cuomo doing a radio soundcheck?