Yeah, you can pretty much throw that sentiment out the window since the liberals over the past few days have shown, with their harassment of people who either work for Trump or support him, they intend to go low. Very low. And among those excusing their uncivil behavior is one Aaron Blake, a Washington Post reporter of "The Fix" section. Blake performs an analysis of the harassment by liberals and determines that it is an "understandable reaction."

...the Sanders-Red Hen situation has unearthed (or perhaps vivified) a growing sentiment in our society. It is seen in liberals and opponents of President Trump who are done with playing nice. It is apparent as the Democratic Party gradually sheds Michelle Obama's declaration that “When they go low, we go high” and trading it for “We fight fire with fire.” It is borne of frustration and a lack of results after abiding by the norms of political discourse while Trump and his allies run roughshod over all the old rules.

And from that standpoint, it's an understandable reaction. Democrats, the logic goes, are unilaterally disarming by not adopting the kind of extreme tactics that Trump regularly employs. Democrats, with some good reason, feel as if their side of the political debate is being played for fools.

"Extreme tactics" such as winning the election. Notice that in his entire analysis of the "understandable" harassment, Blake never points out that things in this country gets decided by elected representatives.  "Abiding by the norms of political discourse" means respecting the election results. Therefore "being played for fools" means the poor Democrats are sore losers who reject that "elections have consequences" as former President Obama stated and must now stoop to harassment. 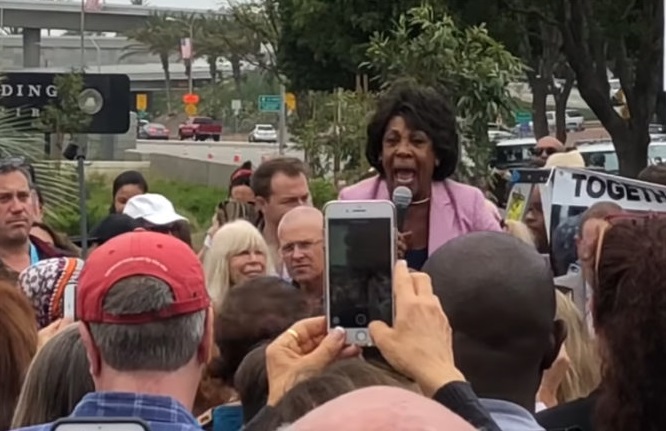 In just the past week, both Homeland Security Secretary Kirstjen Nielsen and White House senior adviser Stephen Miller have reportedly been heckled at Mexican restaurants over the family-separation policy. Then came Florida Attorney General Pam Bondi (R) being accosted at a screening of a Mister Rogers documentary (of all things). Then came the Sanders-Red Hen incident. Then came Rep. Maxine Waters (D-Calif.) calling for these public confrontations to continue and essentially urging liberals to harass Trump administration officials.

Which Aaron Blake finds to be "understandable."