If you have been on Twitter recently then you know the red hot hashtag that is #ReleaseTheMemo. So why the popularity? Well, according to Rolling Stone, it is due in large part to the Russians. Yes, the Russians Are Coming to Twitter in the form of their bots to hype that hashtag. The subtitle of Rolling Stone's silly article by Bob Moser explains it: "Republicans claim a secret document reveals a Hillary Clinton plot 'worse than Watergate'– and they're getting a big boost from Russian bots."

Therefore it is not really an authentic hashtag, or so Rolling Stone wants you to believe even though it is being posted at the rate of about one per second (and often several per second). Moser explains his Boris & Natasha bot fantasy in Release the Memo: What's the Conspiracy Behind the Right-Wing Meme?

On a day like Friday, with a shutdown looming and DACA in the balance and Chuck Schumer huddling with Pr 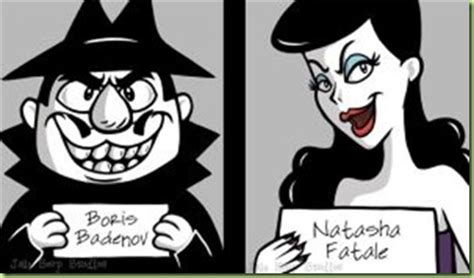 esident Trump in the White House, you might logically expect right-wing Twitter to be blowing up – but not, necessarily, with the seemingly unaccountable hashtag that's dominated the platform since Thursday evening: #ReleaseTheMemo. But then again, you might not logically expect American conservatives to work in concert with Russian state propagandists and Twitter bots – though by now, God knows, nobody should be surprised.

The "memo" in question is a confidential four-page document assembled by a stealthy group of House Republicans, led by Intelligence Committee chair Devin Nunes, over the past month. These members, as part of the G.O.P. effort to discredit Robert Mueller and demolish his investigation into the Trump campaign's Russian collusion, undertook to "probe" whether the FBI and Justice Department misused the infamous dossier compiled by British intelligence expert Christopher Steele.

Aha! Even though those #ReleaseTheMemo Tweets can be checked out at random for authenticity (which your humble correspondent did on many of them), "Russian state propagandists" and their bots must be behind it.

What's remarkable about this meme isn't the fact that it's being spread far and wide – it's how much it's dominated Twitter these last two days, with so many other banner headlines in the news. The Hamilton 68 Dashboard, a project of the German Marshall Fund of the United States which tracks more than 500 Russia-influenced Twitter accounts to gauge the reach of disinformation campaigns, shows a massive surge behind the #ReleaseTheMemo hashtag in the last 48 hours, led by the usual mix of right-wing platforms like Breitbart, Fox News, and The Gateway Pundit – along with Russian bots and state media outlets like Tass, RT, and Sputnik.

Even if there were 500 "Russia-influenced" Twitter accounts posting that hashtag, it would only be an infinitesimally small number of the total. Of course, Moser could do what I did and check out at random the authenticity of those posting the hashtag but it would ruin the premise of his fantasy.

The #ReleaseTheMemo craze is not just wishful right-wing thinking. It's not simply your run-of-the-mill right-wing plot to distract Trump voters from Stormy Daniels, "shitholes," and the shutdown. It's one more piece of powerful evidence of how Russia and its Twitter bots are teaming with right-wing Republicans in a concerted pro-Trump propaganda campaign. The actual memo, as soon as its contents are leaked or revealed in full, is bound to disappoint those screaming for its release – and sure to raise red flags about the sources and methods of the House Republican staffers who put it together. But that won't stop the next Russian-Republican propaganda shitstorm from taking over social media; in fact, it guarantees exactly the opposite. The American right is doing the work of Russian bots. Which, come to think of it, might just be something that needs investigating.