Have you noticed how the mainstream media has recently mocked the notion that leftwing protesters are being paid?  The idea is ridiculous they claim and only Trump and his supporters are making that silly charge. Well, guess what? A pair of leftwingers have confirmed in the April 26 Washington Post that protesters are indeed paid.

Before we get to that confirmation let us first review a couple examples of MSM mockery of the charge of paid protesters starting with the April 16 Politico in which Rebecca Morin discounts that this could possibly happen in Trump claims tax return protesters were paid:

President Donald Trump claimed Sunday that protesters were paid to hold rallies protesting the president for not releasing his tax returns.

"I did what was an almost an impossible thing to do for a Republican-easily won the Electoral College! Now Tax Returns are brought up again?" the president tweeted. "Someone should look into who paid for the small organized rallies yesterday. The election is over!"

Activists have since denied Trump’s claims that protesters were paid, which, if true, would probably mean millions of dollars had been paid to the thousands of protesters around the country.

The next example of MSM pooh-poohing the charge of paid protesters comes from Daniella Silva NBC News on the same day as Politico mocking that idea:

The president then followed up by repeating an unsubstantiated claim he's made before that some of the protesters against him were "paid," an allegation that became popular in some right-wing circles in the build up to the 2016 presidential election, before noting that the election was "over." 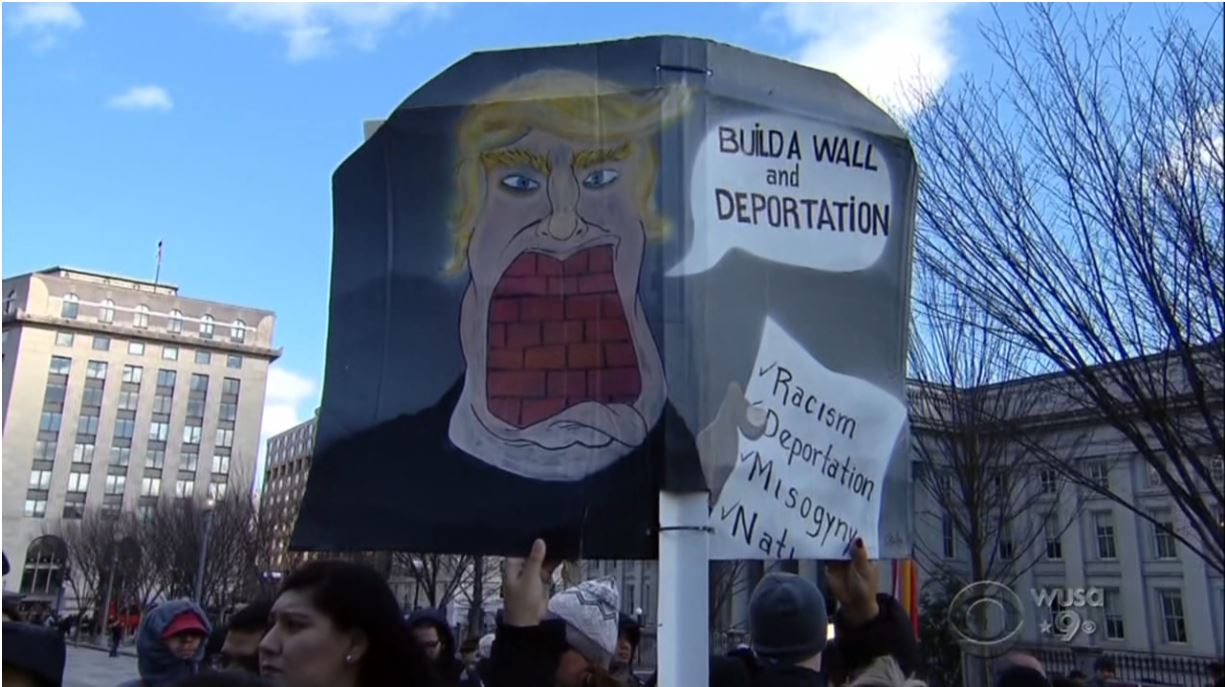 Unfortunately for the MSM ridicule of the charge of paid protesters, we now have substantiation that this is indeed the case from a couple of bonafide leftwingers. Leo Gertner and Moshe Marvit write in a Washington Post guest column, So what if protesters are paid?

...the allegations that even one participant is paid immediately calls into question the legitimacy of a cause. Behind these accusation is the idea that social movements should be entirely spontaneous, volunteer-driven, and untarnished by the exchange of money. Anything else would betray a lack of moral purity and reveal ulterior motives. And although successful protest movements rarely if ever succeed without an investment of resources, we create simplified mythologies that perpetuate these ideas of monetarily immaculate conception.

In reality, organizations often do sponsor or support rallies and send paid staff to help organize them, although unpaid protesters typically outnumber organizers. Nonetheless, history suggests that strong movements do well with both paid and unpaid agents agitating for change.

... Political and grass-roots organizing and paid work are not inherently contradictory, as some would have us believe. One cannot only do deeply committed political work and be paid; it is often necessary for the long slog that campaigns require. Separating these ideas and acting as if one infects the other fundamentally prevents us from valuing the work of individuals who need wages but also have principles, something that could probably be said for most of us.

And among those perpetrating the idea of "monetarily immaculate conception" about leftist protesters is only almost the entire MSM.