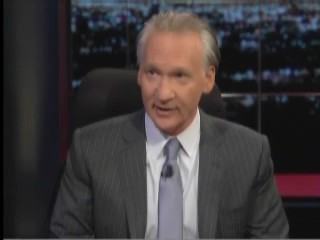 While making this preposterous assertion, the "Real Time host falsely claimed that Limbaugh accused the Times Square bomber, Faisal Shahzad, of having a Barack Obama bumper sticker on his SUV.

Much like other falsehoods spouted by the HBO host on the most recent installment of "Real Time," Maher seemed to be attacking all manner of conservatives in an attempt to save face after his humiliating encounter with ABC's George Will last Sunday.

Feeling comfortable on his home turf without someone to challenge his inaccuracies, the comedian went into a vulgarity laden segment ridiculing the trifecta of Limbaugh, Beck, and former Alaska governor Sarah Palin (video follows with partial transcript and commentary, strong vulgarity warning):

BILL MAHER, HOST: So, Rush Limbaugh said on his show this week that, that the Times Square bomber had an Obama bumper sticker on his car, and that's why the authorities towed it away so quickly. Not because it was a giant bomb. So, as usual, Rush is dead wrong, but we got a picture of the bomber's car.

Actually, that's not exactly what Limbaugh said on Tuesday:

RUSH LIMBAUGH: Guess what? Faisal Shahzad is a registered Democrat. I wonder if this SUV had an Obama sticker on it. Faisal Shahzad is a registered Democrat. The original New York Times headline on this was: "US Arrests SUV Owner In Times Square Case." They then changed it but that was their first headline: "US Arrests SUV Owner." Fine, so he's a Democrat. I want to see the Obama sticker on his car. Notice how quickly they got it outta Times Square before anybody could hop and maybe see an "Obama 2012" bumper sticker on the damn car.

As evidenced by the transcript, Limbaugh WONDERED if there was an Obama bumper sticker on the SUV and said someone would "MAYBE SEE" an "Obama 2012."

Wondering and saying "maybe" is far different than claiming something occurred, although clearly that's NOT a distinction the typically inflammatory Maher would likely understand.

But the segment got worse, for Maher next showed fictitious bumper stickers found on Shahzad's SUV -- "I Love New York" with a bomb in place of the heart for example -- concluding with "Palin 2012," which of course got huge laughs from the typically left-leaning "Real Time" audience. 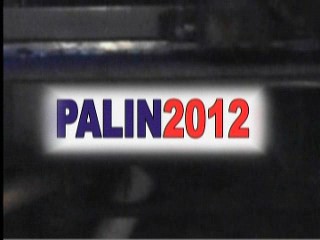 MAHER: So, another thing that Rush Limbaugh said this week, here's his quote, talking about the oil spill, "The ocean will take care of this on its own. It's as natural," the oil he's talking about, "as the ocean water is." That's right, a petrochemical stew is very natural to wetlands. You know what, you dipshit, mercury is natural, too, you don't put it in your Cheerios. And, I feel like, I feel like Rush Limbaugh as crazy as (?), is way more crazy, and I think the reason is Glenn Beck. Glenn Beck is getting all the press, and he raised the bar, and now Rush has to compete. So he's saying even more fucked up shit.

LIMBAUGH: Our official climatologist, Dr. Roy Spencer has just sent me something. I've been wondering about this. He must have been reading my mind. We've got 5,000 barrels a day being spilled from the rig, and Dr. Spencer looked into it. You know, we've talked of this before. There's natural seepage into oceans all over the world from the ocean floor of oil -- and the ocean's pretty tough, it just eats it up. Dr. Spencer looked into this. You know the seepage from the floor of the Gulf is exactly 5,000 barrels a day, throughout the whole Gulf of Mexico now. It doesn't seep out all in one giant blob like this thing has, but the bottom line here is: Even places that have been devastated by oil slicks like... What was that place up in Alaska where the guy was drunk, ran a boat aground? (interruption) Prince William Sound. They were wiping off the rocks with Dawn dishwater detergent and paper towels and so forth. The place is pristine now.

You do survive these things. I'm not advocating don't care about it hitting the shore or coast and whatever you can do to keep it out of there is fine and dandy, but the ocean will take care of this on its own if it was left alone and was left out there. It's natural. It's as natural as the ocean water is. (interruption) Well, the turtles may take a hit for a while, but so what? So do we!

As such, the point Limbaugh was making with Spencer's help was that we've had oil spills in the past, and the environment does indeed recover from them.

I personally have been to Santa Barbara many times since the 1969 oil spill there, and that beach is one of the most beautiful I've ever seen anywhere in the world.

In fact, it's so gorgeous that Nobel Laureate Al Gore just bought a $9 million mansion overlooking the very place that spill occurred.

Of course, the really delicious irony in this segment was Maher claiming that the most popular talk radio host in the nation has to resort to saying "f--ed up s--t" to compete with anyone.

This seems doubly hypocritical since this comedian, as evidenced by the many falsehoods in this episode alone, has made a career out of saying -- ahem -- "f-ed up s--t!"