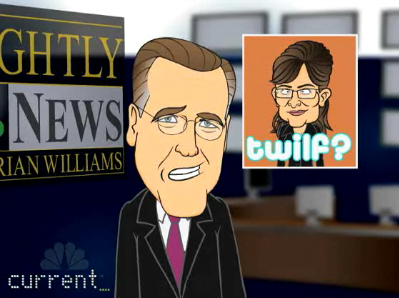 Days after announcing another huge layoff, Al Gore's Current TV referred to former Alaska Governor Sarah Palin as a "Gun-Ho" and a "TWILF."

These disgraceful, sexually-charged epithets were part of an attack on prominent conservatives such as Rush Limbaugh and Glenn Beck, and came in the form of a cartoon ironically titled "The Stupid Virus":

When a lab-monkey declares that President Obama wasn't born in America, he becomes Patient Zero for a new brand of fear-based news virus - Fearus Ignoramus. We watch as the virus goes ear-borne, spreading from Rush Limbaugh to CNN to the mainstream-media to the general public. America devolves into panic, convinced its President is an illegal alien anti-Christ.

In the end, this was just a lot of conservative bashing in very bad taste, especially the shot of Palin's Twitter page and her astonishingly offensive screen name "Gun-Ho" (video embedded below the fold, vulgarity alert, h/t Breitbart TV):

Did you notice Palin's screen name at Twitter was "Gun-Ho?" 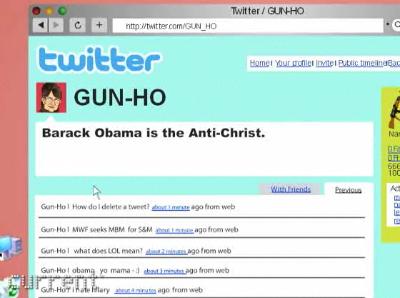 After Palin tweeted, Brian Williams of NBC's "Nightly News" reported it as the "Top Story," and in the right of the screen was the word "twilf" with a question mark after it (h/t Amanda Carpenter):

Regardless, is that what a former Vice President and Nobel Laureate believes is acceptable to call a former Governor and vice presidential candidate?

Lest we not forget the vulgar attack on Beck at the end.

And these folks wonder why they're continually having to lay people off!