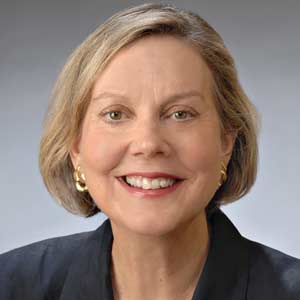 JANE HALL, FORMER FOX CONTRIBUTOR: The reason I left was in part because I think they have had less debate than they used to. But, you know, it is a fair point to say how much debate is there on MSNBC? I mean, how many Republican strategists? We have a bifurcation of the media that I think is going on.

HOWARD KURTZ, HOST: Wait a second. Wait a second. The reason you left is you feel they have less debate than they used to. In other words, it used to be "Hannity and Colmes," now it's just "Hannity."

KURTZ: It used to be Bernie and Jane, now it's just Bernie.

HALL: Yeah, I think there's less debate than there was, and I'm also frankly uncomfortable with Beck who I think should be called out as somebody whose language is way over the top and scary.

KURTZ: And was that a factor in your deciding to leave Fox?

For the record, Hall earlier in the segment contested her liberalness claiming she's actually a moderate.

I doubt highly those that have watched her on Fox the past eleven years would agree with her assessment.

Exit question: Might Beck really have entered into Hall's decision to leave Fox, or is that just a convenient excuse that will likely get Hall a lot of favorable press from media members who don't like him?