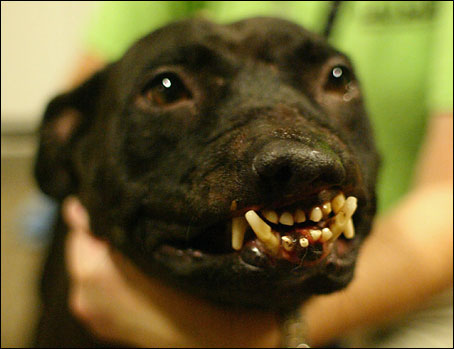 Barack Obama is President, Nancy Pelosi is Speaker of the House, Harry Reid is Senate Majority Leader, Bill Clinton is doing the television circuit to revive his reputation, most journalists are still hopelessly in the tank for the current White House resident, and the Washington Post's Chris Cillizza is concerned that the Democrats don't have a voice to counter Republican talking points.

This is almost as silly as a New Yorker losing sleep over the Yankees not having enough money to field an allstar team next year.

Regardless of the apparent absurdity, such was Cillizza's point in a blog posting at WaPo's The Fix (h/t Jennifer Rubin):

The national debate over President Obama's health care plan has exposed a weakness in the Democratic Party apparatus: it lacks a high profile surrogate to push back -- hard -- against the rhetorical arguments put forward by Republicans.

While people like Republican National Committee Chairman Michael Steele and former Alaska governor Sarah Palin have scored points by hammering the Obama plan hard and repeatedly, there has not been that same sort of presence on the Democratic side. The dearth of attack dogs contributed to the White House losing the message war in September.

Obama, himself, hasn't been -- and shouldn't be -- the party's attack dog. He has fought back against some of the misinformation being disseminated on health care by taking a forceful tone but always staying within the bounds of being presidential.

But, no one else in the party seems interested in filling that space.

Wow. Poor, poor, President Obama. He's been on television more than any president in history, and gets almost exclusively fawning praise from his media minions.

But he doesn't have anyone to go after the GOP's message.

Of course, maybe more importantly, should a so-called journalist be asking for attack dogs? Isn't that quite a lapse in impartiality?

After all, Cillizza believes "The dearth of attack dogs contributed to the White House losing the message war in September."

Wasn't it actually an abundance of angry American voices that led to the White House losing the message war?

If that's the case, should a so-called journalist actually be advocating politicians shout down citizens all because he or she disagrees with what average Americans are saying at town hall meetings and Tea Parties?

Beyond which, as Rubin commented Tuesday, Cillizza conveniently ignored what prominent Democrats have been doing the past couple of months:

Obama attacks his opponents as silly, uninformed, and deceitful. The Democratic party’s congressional leaders call American citizens who disagree with them “un-American.” Democratic senators and congressmen on a daily basis accuse Republicans of favoring the status quo and lacking alternative ideas, both untrue assertions and both repeated ad nauseum. Nancy Pelosi speculates it’s only one step between town-hall criticism and shooting gays. Robert Gibbs uses the White House press room to vilify specific reporters and conservative talk-show hosts who dare disagree with the president. The entire Democratic party has become an attack dog. So what could the Post’s Chris Cillizza possibly mean?

Honestly, Jen, I don't know either.