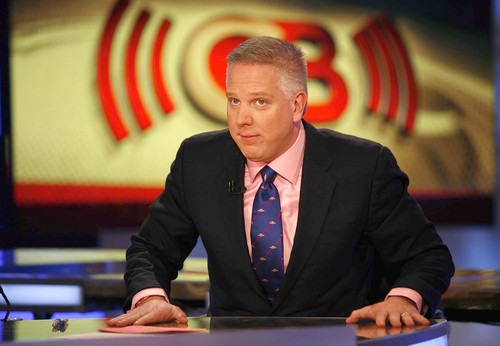 As Glenn Beck's popularity and ratings increase, so does the attention he's getting from the Obama-loving media.

To be sure, most of the recent articles and news reports have been scathing, especially after his comment on FNC's "Fox & Friends" this summer about President Obama being a racist.

Yet, despite the headline, "Mad Man: Is Glenn Beck Bad for America?", Time magazine's David Von Drehle actually managed to offer some positive insights to the man that is taking radio, the book industry, and cable news by storm (h/t NBer kevcad):

He is the hottest thing in the political-rant racket, left or right. A gifted entrepreneur of angst in a white-hot market. A man with his ear uniquely tuned to the precise frequency at which anger, suspicion and the fear that no one's listening all converge.

As I said, this really isn't the hit-piece you would expect from Time:

Beck is 45, tireless, funny, self-deprecating, a recovering alcoholic, a convert to Mormonism, a libertarian and living with ADHD. He is a gifted storyteller with a knack for stitching seemingly unrelated data points into possible conspiracies - if he believed in conspiracies, which he doesn't, necessarily; he's just asking questions. He's just sayin'. [...]

As melodrama, it's thumping good stuff. But as politics, it's sort of a train wreck - at once powerful, spellbinding and uncontrolled. Like William Jennings Bryan whipping up populist Democrats over moneyed interests or the John Birch Society brooding over fluoride, Beck mines the timeless theme of the corrupt Them thwarting a virtuous Us. This flexible narrative often contains genuinely uncomfortable truths. Some days "they" are the unconfirmed policy "czars" whom Beck fears Obama is using to subvert constitutional government - and he has some radical-sounding sound bites to back it up. Some days "they" are the network of leftist community organizers known as ACORN - and his indictment of the group is looking stronger every day. [...]

He is having an impact. Along with St. Louis, Mo., blogger Jim Hoft, whose site is called Gateway Pundit, Beck pushed one of Obama's so-called czars, Van Jones, to resign during Labor Day weekend. Jones, whose task was to oversee a green-jobs initiative, turned out to be as enchanted by conspiracies as Beck - he once theorized that "white polluters and the white environmentalists" are "steering poison into the people-of-color's communities" and signed a petition demanding an investigation into whether the Bush Administration had a hand in the 9/11 attacks. On Sept. 14 the Senate overwhelmingly voted to cut off all federal funds to ACORN, and the U.S. Census Bureau severed its ties to the organization. This followed Beck's masterly promotion of a series of videos made by two guerrilla filmmakers who posed as a pimp and prostitute while visiting ACORN offices around the country. The helpful community organizers were taped offering advice on tax evasion and setting up brothels for underage girls.

There are bigger one-voice enterprises in the world: Oprah, Rush, Dr. Phil. But few are more widely diversified. In June, estimators at Forbes magazine pegged Beck's earnings over the previous 12 months at $23 million, a ballpark figure confirmed by knowledgeable sources, and this year's revenues are on track to be higher. The largest share comes from his radio show, which is heard by more than 8 million listeners on nearly 400 stations - one of the five biggest radio audiences in the country. Beck is one of only a handful of blockbuster authors who have reached No. 1 on the New York Times best-seller lists with both nonfiction and fiction. (Among the others: John Grisham, Patricia Cornwell and William Styron. Unlike them, however, Beck gets a lot of help from his staff.) His latest book, Arguing with Idiots, will be published this month, and if things go as expected, it will be the third No. 1 with his name on the front published in the past 12 months. Taking a page from Stephen King - who once called Beck "Satan's mentally challenged younger brother" - Beck recently entered into a partnership with Simon & Schuster that pays him a share of profits rather than a traditional author's royalty, and he plans to create a range of books for every audience, from children to teens to adults.

In the end, though Von Drehle wasn't gushing and fawning over Beck, with all the vitriol that most in the media have directed at the controversial author/radio-television personality of late, as well as the high-profile idols he's taken down like Van Jones and ACORN, this piece by Time is remarkably balanced, and one that even Glenn's followers might find surprisingly informative.

Do yourself a favor and read the whole thing.