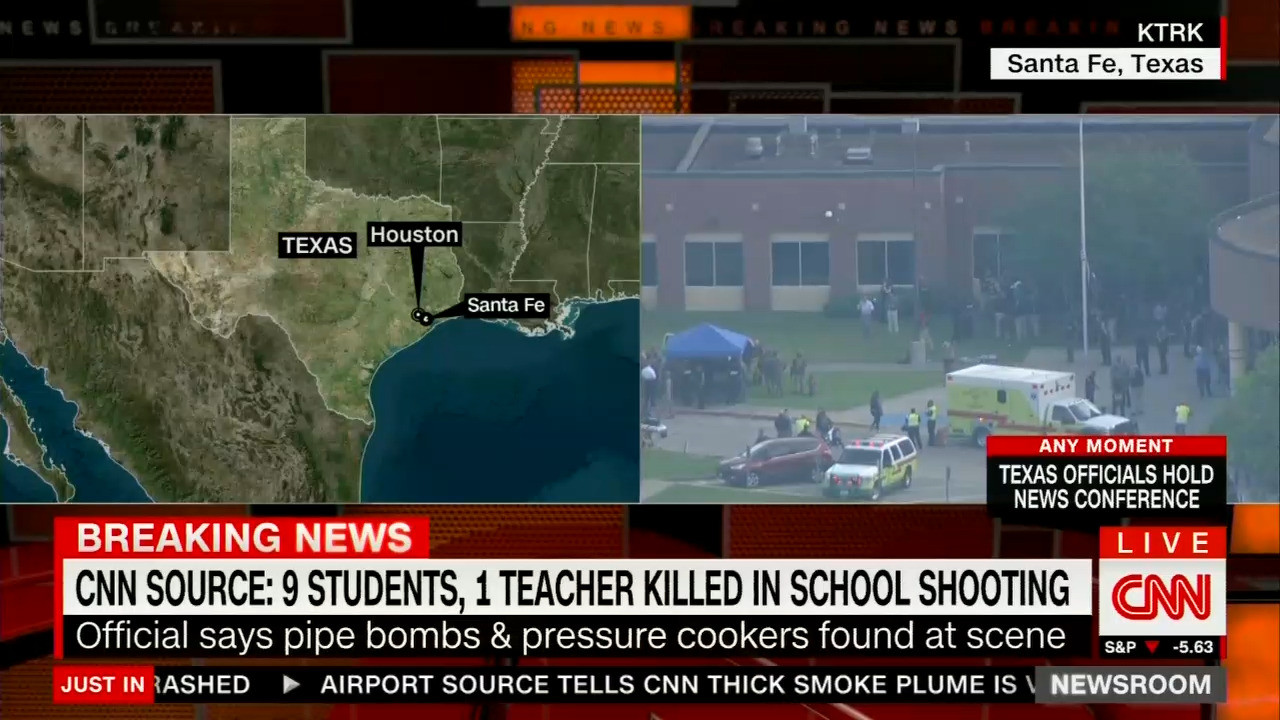 Moments after another school shooting, this time in Santa Fe, TX (between Galveston and Houston) on Friday, CNN.com regurgitated a dubious interactive article claiming that there have been 22 school shootings in 2018. Not only did CNN’s count not follow the congressionally-backed definition of a mass shooting, while their examples did all occur on a school campus, many were beyond the realm of conventional wisdom or any wisdom at all.

As a Washington Post reported in October 2017, defining what constitutes a mass shooting has been, well, messy. Following the December 2012 shooting at Sandy Hook Elementary School, Congress defined “mass killings” as “three or more killings in a single incident.”

Meanwhile, the Reddit user-maintained Mass Shooting Tracker has been repeatedly cited and they define a “mass shooting” as when “FOUR or more shot and/or killed in a single event [incident], at the same general time and location, not including the shooter.”

By that definition, only four of CNN's 22 examples would qualify as having been a “mass shooting.” That's still four mass shootings too many, but the media have suddenly changed their benchmarks in the coverage (moving from the prevalence of mass shootings to school shootings). In other words, CNN wants to have it both ways.

Regardless, CNN’s didn’t follow this definition and decided to craft their own, arguably to get better numbers for the anti-gunners.

At least CNN was upfront about how they were counting their inflated school shooting numbers. According to their article, they were counting “shooting[s] that involved at least one person being shot.” And the key reason for the inflated numbers was because they included “gang violence, fights and domestic violence” and “accidental discharge of a firearm as long as the first two parameters are met.”

This insanely broad definition of a “school shooting” allowed for “a student shot another student with a BB gun in Gloversville Middle School” on April 9 to be swept up in their anti-gun dragnet.

Their definition also roped in two accidental discharges, one by a teacher in a public safety class in Seaside, California and another in Birmingham, Alabama, which CNN did claim was an actual shooting. And one “unintentional” shooting from Los Angeles, California was also included.

Another didn’t even include a link to a January 22 instance of one 15-year-old Italy, Texas student shooting and injuring another 15-year-old before being apprehended. That’s not lying, but plain lazy.

CNN’s inclusion of personal conflict and domestic violence further inflated the list by adding roughly 14 supposed “school shootings” to the list. They counted heated fights in parking lots that escalated into a shooting and at least one that happened during a college party at a campus nightclub. Many didn’t even involve students, but people who had access to the publically available buildings on campus.

While these shootings occurred on a school campus, calling them all “school shootings” is intended to draw the reader or viewer into imagining the horror of targeted massacres. It conflates the two in order to create a greater anti-gun narrative for the media. This is bolstered by the fact that CNN has been this line all day with journalists sharing it on social media (see here, here, here, and here for a few examples).

This dishonest and deceptive reporting by CNN was far worse than Everytown’s contrived school shooting stat because they purport to be a news organization that deals in facts, not lobbying efforts.

This is CNN and this is a whopping banana.