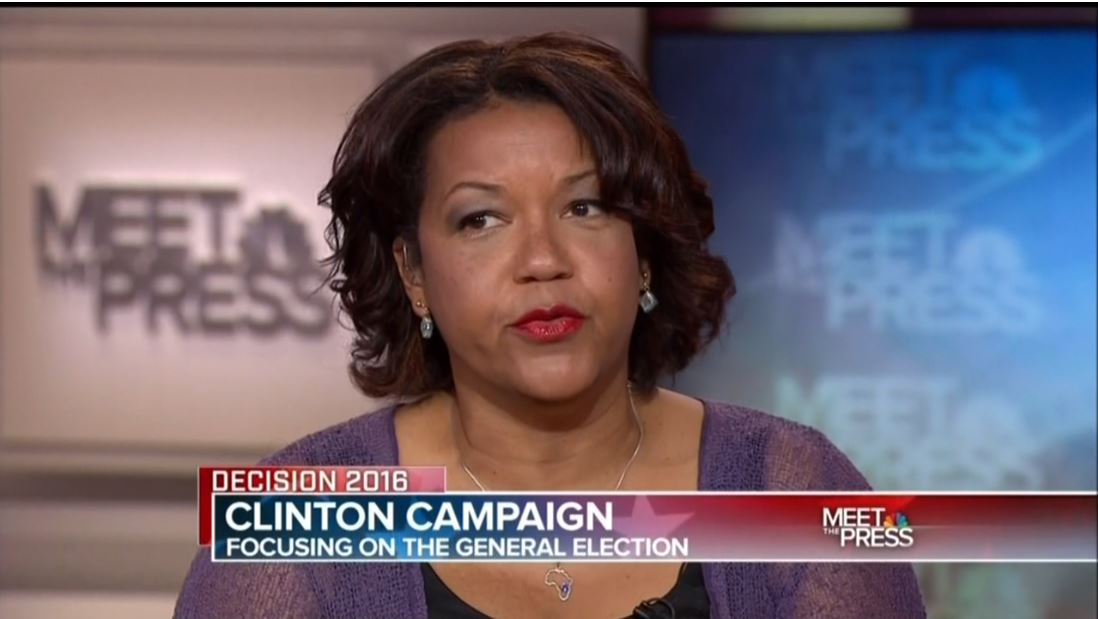 Hillary Clinton unveiled her new campaign slogan, “stronger together,” on Meet the Press Sunday and most the panelists at the roundtable weren’t too enthusiastic about it. Many felt the slogan was too defensive and provided no drive for supporters, but New York Times Correspondent Helene Cooper had nothing but praise for it. “I want to put some love in for Hillary's new slogan,” she stated, “[It] goes back to kind of what we saw in 2008 and when president Obama was talking about “yes we can.”

“Stronger together” could be seen as an attempt to wrangle up Bernie Sanders supporters who will stay home in November or defect to Donald Trump. Democrats have been so fearful of a shattered party that many in the liberal media have taken to going after Sanders about his nil chances of winning and the damage he is doing to the party. But the slogan raises new questions, does that also apply Republicans?

If she seriously believes we are stronger together, is she going to reach across the aisle and work with Republicans to implement entitlement reform? How about immigration reform? Is she joining with Republicans to reduce the size of government and respect the constitution?

MSNBC host Joy Reid had her own ideas about effective campaign slogans this election cycle, setting her sights on Trump. Reid jumped right to the usual accusations of racist dog whistles being blown by Republicans to attract supporters. “I think what Donald Trump sort of hit upon with his “make America great again” message is the sense of nostalgia that a certain kind of white, particularly white voter, has for a bygone era, and it gets right to it.”

JOY REID: You know, I think the problem with it does sound a bit like a slogan, and I'm not 100 percent sure what it means and how it unites voters. Right? I think most people want the country to be united. They want the country to be strong. But, I think what Donald Trump sort of hit upon with his “make America great again” message is the sense of nostalgia that a certain kind of white, particularly white voter, has for a bygone era, and it gets right to it. I think that it's good that the Clinton campaign are strategizing, but it's interesting that, in your interview, she seemed so much like a strategist. And so many of her answers felt like this is Hillary, the smart political strategist telling you what she intends to do, and it's still not giving her campaign sort of a driving dream, I think.

HELENE COOPER: I want to put some love in for Hillary's new slogan. I don't think it's that bad. I think “stronger together” implies that sort of— goes back to kind of what we saw in 2008 and when president Obama was talking about, yes we can.