Scandal surrounds numerous Democrats in the 2018 midterms. But you wouldn’t know it from the liberal media’s lack of interest. MRC Research Director Rich Noyes appeared on Fox and Friends, Wednesday, to hammer ABC, CBS and NBC for ignoring problems surrounding controversial liberal politicians. For instance, according to a police report, Senate candidate Beto O’Rourke in his 20s attempted to flee a DUI accident. Noyes explained, “CBS interviewed Beto O'Rourke on October 5th. Didn't bring it up. NBC flew their anchor down to Houston on October 8th. He did a big profile piece. Didn't mention it.”

How about the corruption engulfing Senator Robert Menendez, a vulnerable Democrat up for reelection in New Jersey? The Senate’s admonishment of Menendez “got a few seconds on CBS this year. 15 seconds on ABC ,and nothing on NBC,” according to Noyes.

BRIAN KILMEADE: All eyes on the competitive midterm elections across the nation. But Media Research Center analysts found something missing from the coverage of some of these races.

AINSLEY EARHARDT: Well, there are some Democrats out there running in these races and they have been involved in some scandals. But if you are only getting your news from the big three networks, odds are you have probably never have heard about them. Here to break it down is Rich Noyes. He’s the research director for the Media Research Center. Hey, Rich. Thanks for joining us. 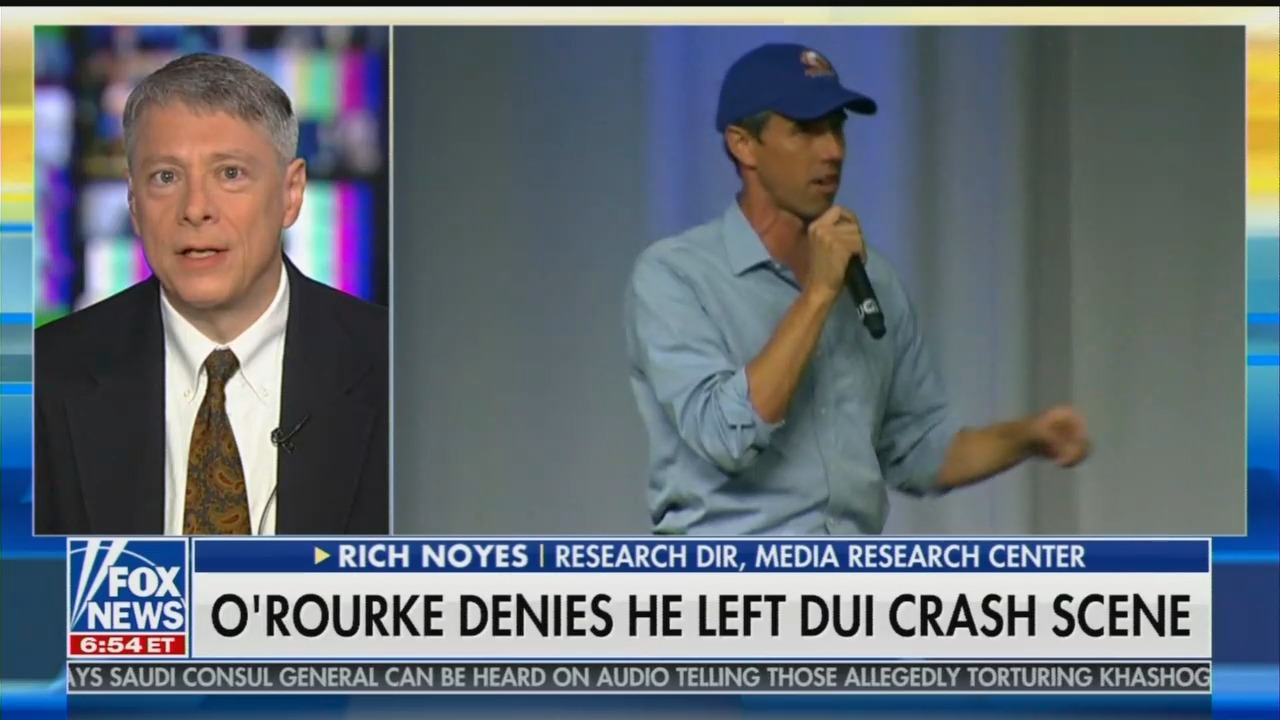 RICH NOYES: Thanks for having me.

EARHARDT: You’re welcome. We’ll start with the first one in Texas. You have Beto O’Rourke who is running against Ted Cruz. And he was in DUI accident in his 20s and witnesses say he was trying to leave the scene of the crime, the accident. Here is him denying those allegations. Listen.

DEBATE MODERATOR: A witness said in that accident that you tried to leave the scene of the accident. Did you and should voters be concerned about this incident?

BETO O’ROURKE: Yeah. I not try to leave the scene of the accident though driving drunk, which I did, is a terrible mistake for which there is no excuse or justification or defense. And I will not try to provide one.

EARHARDT: The big three networks zero coverage on that. What are your thoughts? 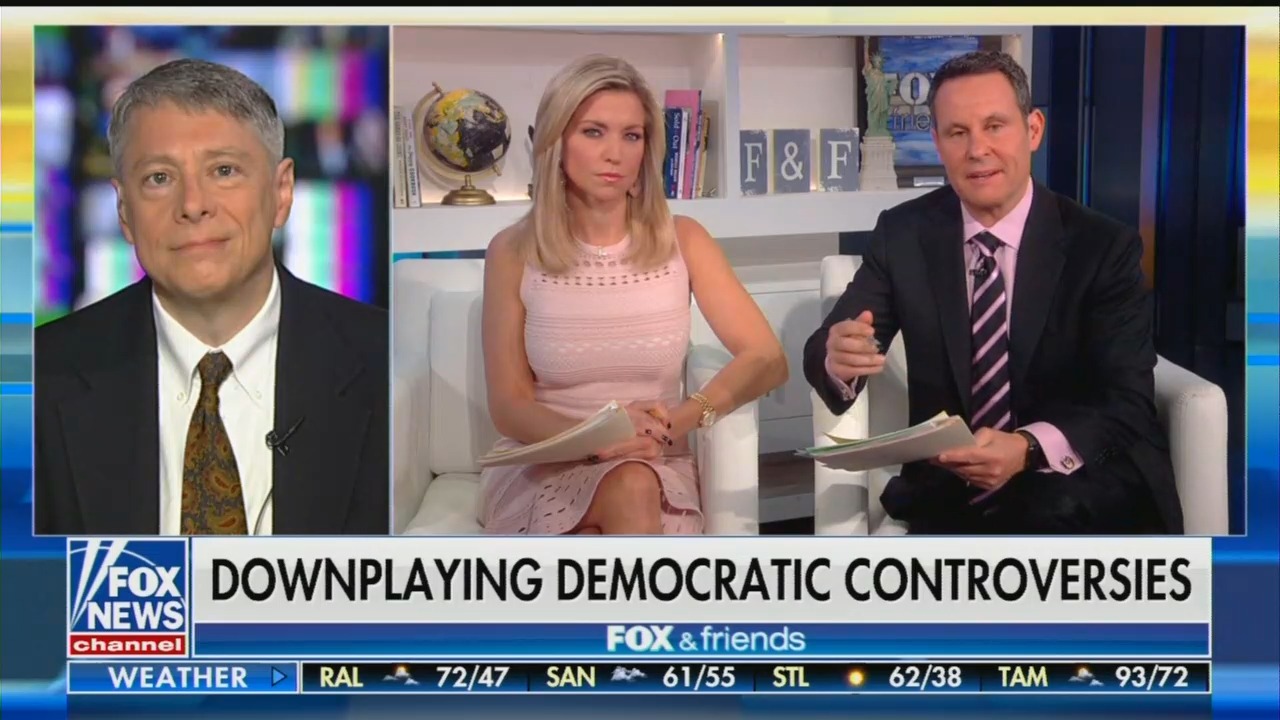 NOYES: Well, that’s right. The Washington Post looked at that said he was so drunk at that time the police report said he left the scene or tried to leave, that he should just trust the police report. ABC gave national coverage to that debate did, not bring up this issue. CBS interviewed Beto O'Rourke on October 5th. Didn't bring it up. NBC flew their anchor down to Houston on October 8th. He did a big profile piece. Didn't mention it. Beto O’Rourke is getting his fair share of media coverage and then some but not this bad news.

BRIAN KILMEADE: But he was calling Ted Lyin' Ted yesterday, amazing. The Senate admonished Robert Menendez. Remember, he had a hung jury that actually kept him out of jail, perhaps, for taking gifts unlawfully in a very extended public trial. How many times has that been brought up by the big networks? After all, he got censored by the Senate.

RICH NOYES: Yeah. He was severely admonished by the ethics committee. This is the same underlying charge that led to a corruption trial with a hung jury last year. You would think that would be huge news. It got a few seconds on CBS this year. 15 seconds, I think, on ABC ,and nothing on NBC. So, you know, if you are looking for a Democratic scandal, you couldn't find a better scandal poster boy Bob Menendez. But the networks aren’t touching it.

KILMEADE: That race a lot closer than people thought. 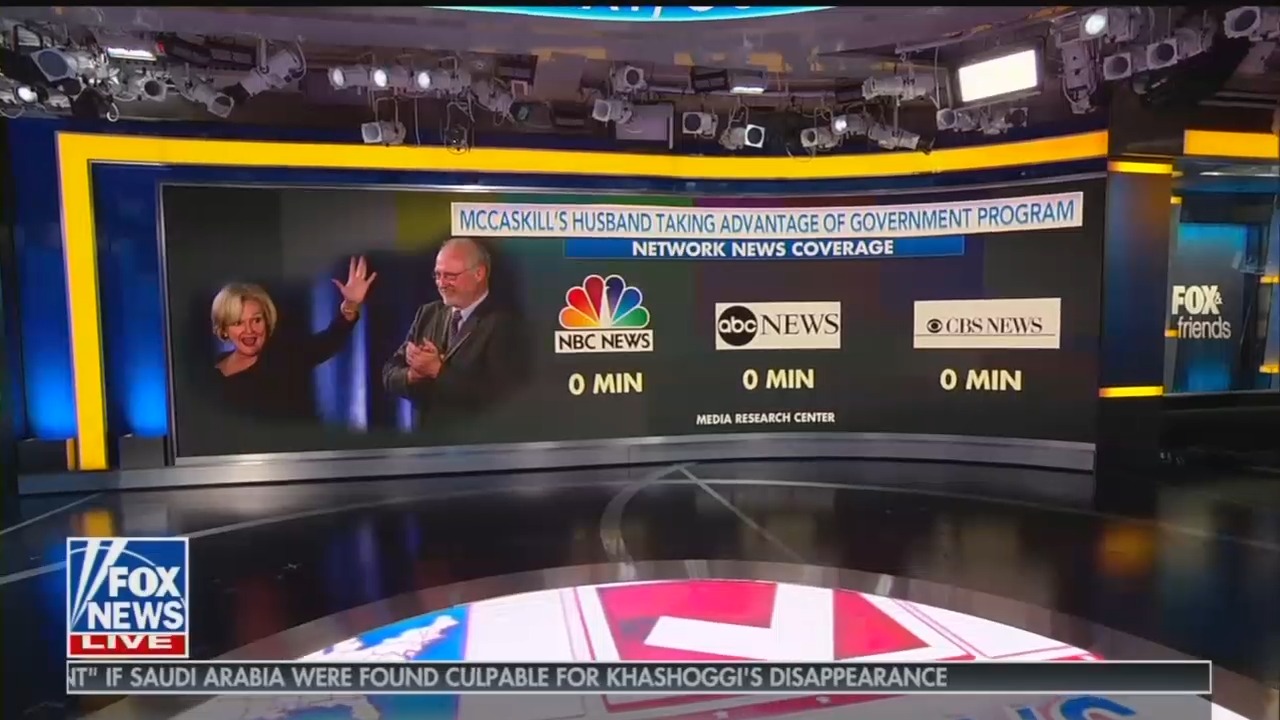 EARHARDT: Another tight race. Senator Claire McCaskill, her husband was accused of making millions off of a government program to help the poor. NBC, ABC, CBS covered it zero.

NOYES: Right. I mean, there’s nothing illegal about this. But according to the financial disclosure forms, Claire McCaskill’s husband has made over $11 million at the minimum off a program that was designed to help poor people. Now, that's an embarrassing headline. CBS, their anchor went to Missouri to profile that race just on Monday. They talked about what the Democrats wanted to talk about and that's health care. Not this scandal.

KILMEADE: Unbelievable. So you have three very key races with some major stories that are being ignored. That's when people say the media is letting them down. Not that they are making things up, but they choose to ignore certain things which shows a bias. Rich Noyes, thanks so much.