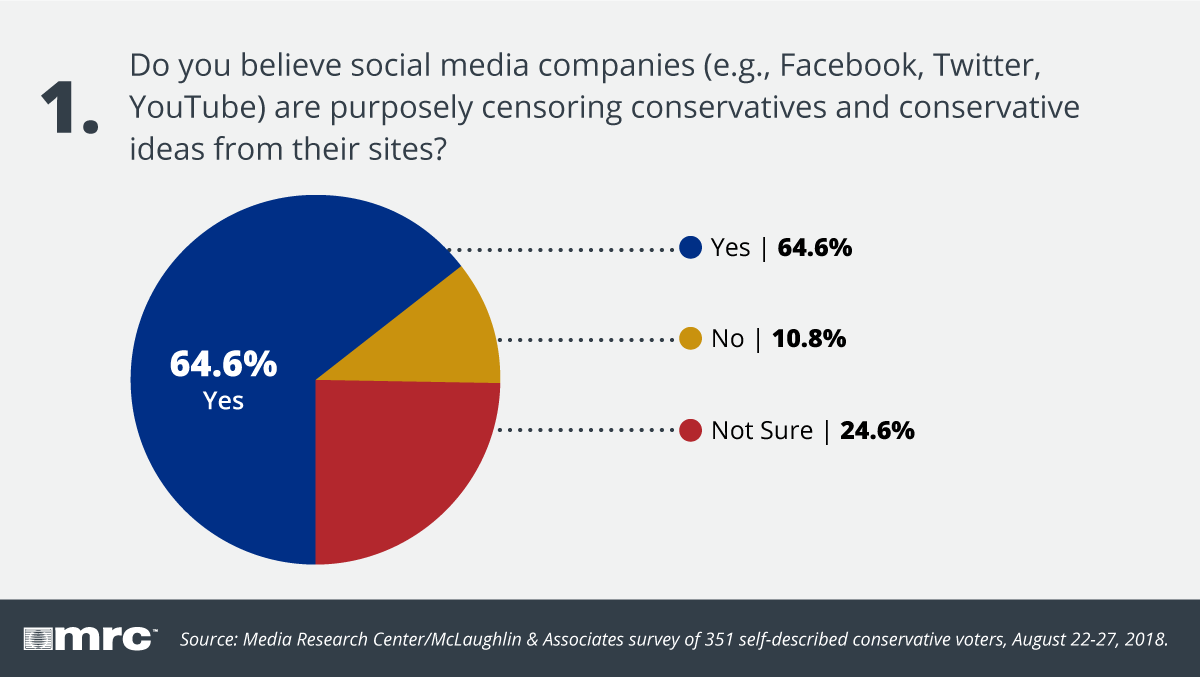 “These numbers are devastating to any CEO responsible for addressing the concerns of his customer base. According to this survey, 7% of conservatives have already left Facebook and another 25% are seriously considering it. That's nearly one-third (32%) of conservatives on Facebook -- potentially tens of millions of consumers. To make matters worse, two-thirds of conservative Facebook users trust Facebook less than they did a year ago. These trends should set off alarm bells at Facebook headquarters. They are bleeding a major customer base.

“The question Facebook and other social media companies need to ask themselves is this: Do you want to be seen as an open platform for all political beliefs or would you rather be considered a left-wing public interest group that censors free speech worldwide? The latter will prove to be unbelievably costly. Censorship on social media is no longer a hypothetical; it's reality. So too is the evidence that this censorship is pointing to a massive conservative exodus.“

Highlights from the research:

2. Do you TRUST Facebook to treat all of its users equally, regardless of their political beliefs? 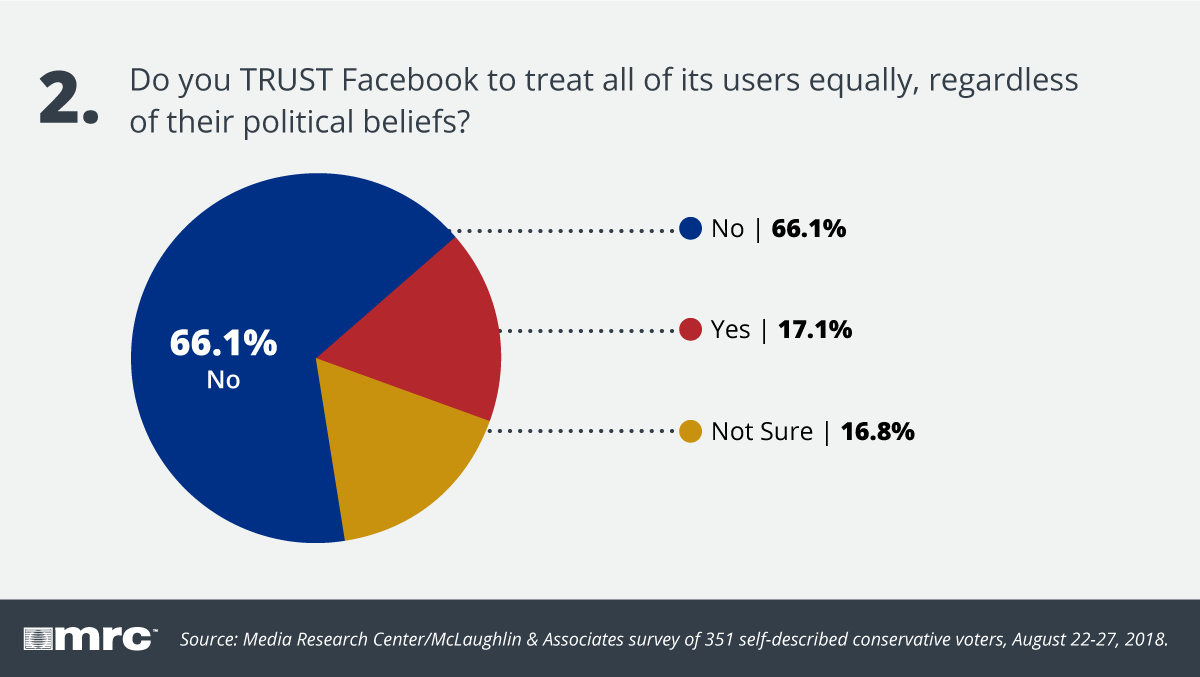 3. Is your TRUST in Facebook greater than, less than, or the same as it was one year ago? 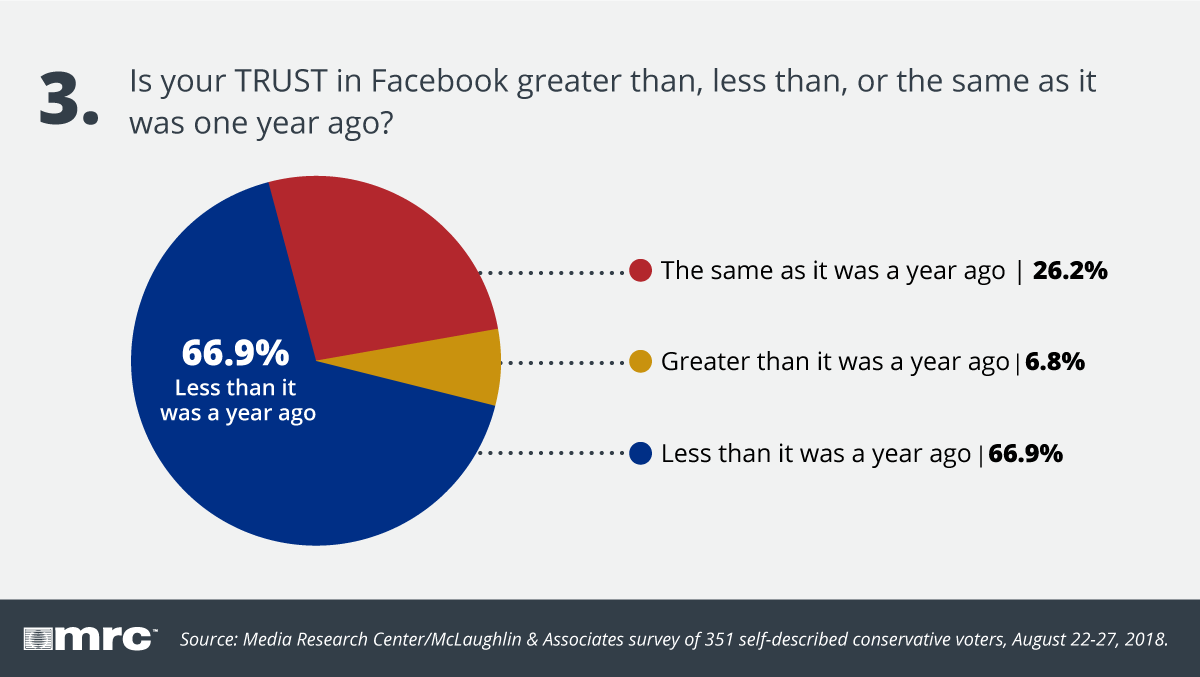 4. Which of the following BEST describes your position regarding Facebook? 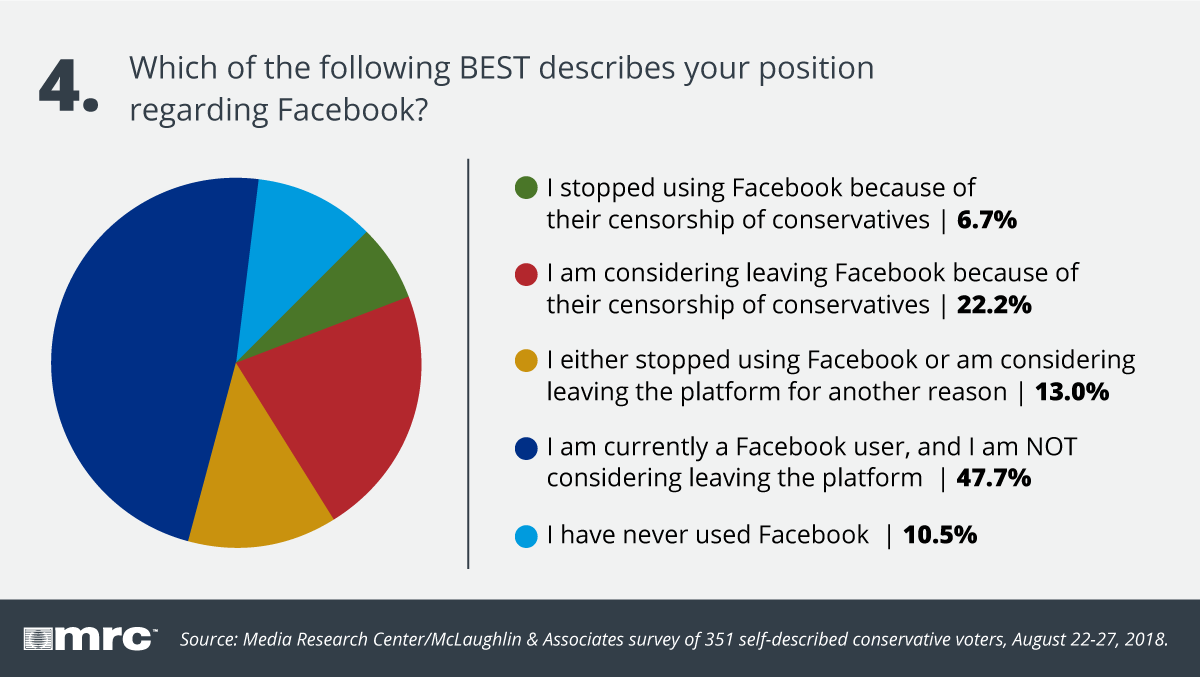 I stopped using Facebook because of their censorship of conservatives (6.7%)

I am considering leaving Facebook because of their censorship of conservatives (22.2%)

I either stopped using Facebook or am considering leaving the platform for another reason (13.0%)

I am currently a Facebook user, and I am NOT considering leaving the platform (47.7%)

This survey of 1,000 likely general election voters nationwide was conducted on Aug. 22nd to 27th, 2018. All interviews were conducted online; survey invitations were distributed randomly within predetermined geographic units. These units were structured to correlate with actual voter turnout in a nationwide general election.