Brent Bozell appeared of Fox Business, Monday, to slam journalists who are fawning over the new Michael Wolff book. The Media Research Center President accused reporters of totally ignoring the books’s blatant falsehoods, saying, “They hate Donald Trump so much that they're even saying, ‘Well, if it is only 50 percent true that is good enough for us.’”

A transcript of Bozell’s appearance can be found below: 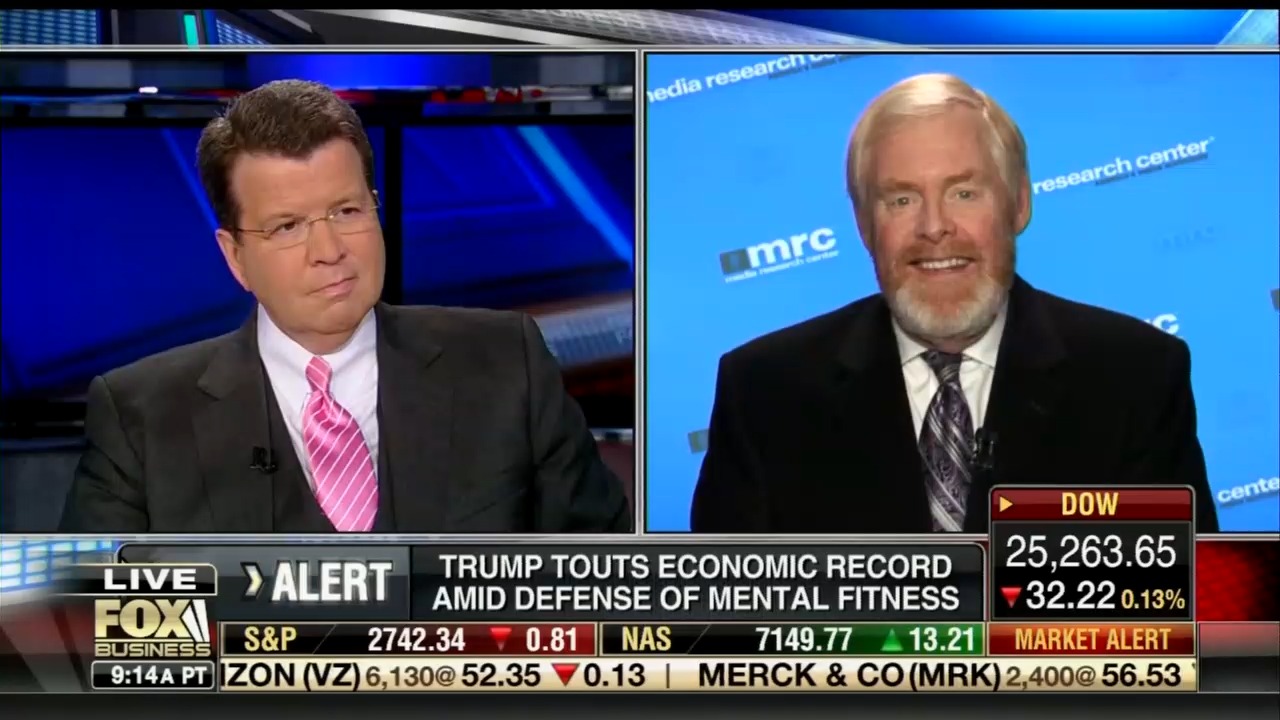 NEIL CAVUTO: This has happened before. I want to bring Brent Bozell into the mix. Because there is a little bit of history. There is a little precedent to this. Brent, very good to see you. Happy New Year. We remember with Ronald Reagan he was dismissed as just in over his head actor who was suddenly thrust into the most important office in the land, neglecting to mention he was also a two-term governor of California. We, I even went back in time. The only one here who probably was there to report on it, was you, Abraham Lincoln. Ill will expressed toward him he wasn't up to the job. Now I'm not comparing either of these gentlemen to the present occupant of Oval Office, with the one big difference being they were dismissed out the gate. What do you think?

BRENT BOZELL: Yeah. You might not want to compare the two but you can compare the media coverage of the two.

CAVUTO: Brent, the fact of the matter, is, the left is seizing on this as maybe the latest ammunition it needs to get rid of him. I don't know if it will get any better than some other attempts to seize on every development, every Russian potential tie to say, “This is is it. This is it. This is it.” And it’s never it. What do you think?

BOZELL: Two points. I want to go back to the last discussion which is true. Like I said, don't compare the two men. However, listen and to the speech that Donald Trump gave in Warsaw last year. It is as good as anything Ronald Reagan ever said.

BOZELL: That said, if you look at the new rules today, they hate Donald Trump so much that they're even saying “Well, if it is only 50 percent true that is good enough for us.”