Media Research Center President Brent Bozell on Tuesday ripped into the Washington Post for its naked partisanship, denouncing the paper as “militantly anti-Trump.” Bozell appeared on Fox Business to discuss the President-elect’s upcoming  meeting with Post owner Jeff Bezos. He reminded, “This is a man who called [Trump] a threat to democracy just a few months ago.”

The MRC head said of the paper, “It is militantly anti-Trump.” On the subject of Politico’s Glenn Thrush going to the New York Times, Bozell scoffed, “Not only did [Thrush] submit his stories to John Podesta for approval while covering the Hillary campaign, but he identified himself as a, quote-un-quote, ‘hack’ for Hillary Clinton.”

Bozell concluded, “You can't get more biased then identifying yourself as a supporter for the candidate. So, I think it's only right that he go to the New York Times.”

STUART VARNEY: Major tech leader are headed to Trump Tower tomorrow for a meeting with President-elect trump. They include Amazon's chief and the owner of the Washington Post. His name is Jeff Bezos. But for a moment, just digress. Look at how the paper has been reporting on Trump. I'm going to give you a series of headlines all from just today's paper. "Trump is assembling an anti-government. Did Russia help him get here?" “Trump’s Dangerous Diss of the CIA.” “New York Should Seize Trump Tower.” And “Trump Can't Wait to Sell Out His Base." All of those headlines in today’s paper, all of them in one paper. Brent Bozell is here. Brent, I have never seen anything like this before. But I want you to tell us, what do you think is going to happen tomorrow when the owner of the Post Jeff Bezos is face to face with President-elect Trump in Trump Tower? What happens? 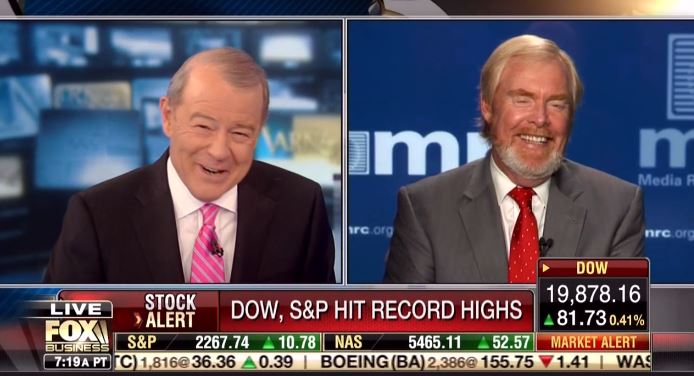 BRENT BOZELL: You know, don’t we remember what was reported when network heads weren't to meet with him and what he had to say to Jeff Zucker and CNN? I would love to be a fly on the wall on this one to hear what he has to say to this fella now. This is a man who called him a threat to democracy just a few months ago. The Washington Post, you mentioned four hits today. They probably had four yesterday and they will have four tomorrow. It is militantly anti-Trump. Trump doesn't back down from anyone. So, they are suppose to be talking tech issues. They are supposed to be talking jobs. I'll put money on the fact he’s going to give him the back of his hand as well.

VARNEY: Do you approve of that? This is the President-elect of the United States of America going after, possibly, one company. He's done it before, he may well be doing it tomorrow. You approve? 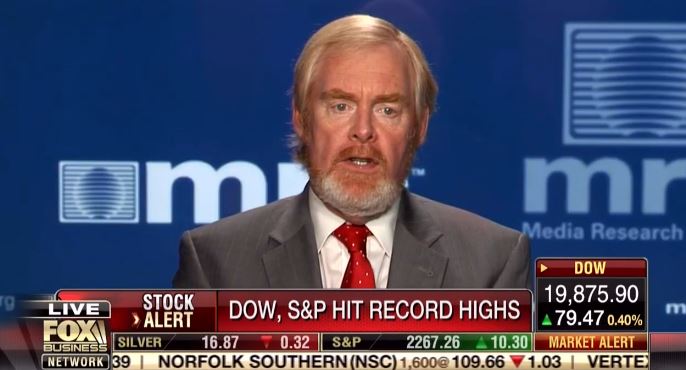 BOZELL: Well, look, remember how Barack Obama spent eight years going after Fox News, even though Fox News on a regular basis reached out to Barack Obama and his team for story after story that they did on him. But you have got the Washington Post and the head of the Washington Post attacking Donald Trump as a threat to democracy, which is something no one at Fox ever did. So if it was okay for Obama to go after Fox, it's certainly so okay for Trump. And if I were Trump, I would do the exact same thing. I would put my finger in his face and I would say back off on those attacks. Stop calling yourself a legitimate newspaper if all you are going to do is run editorials against me. If you want a fight, you’re going to have a fight.

VARNEY: Quickly, the New York Times is hiring Politico’s Glenn Thrush. He's the reporter who asked the Clinton campaign for approval of his articles. Now being hired by the Times. And you say what to that?

BOZELL: It is amazing. Not only did he submit his stories to John Podesta for approval while covering the Hillary campaign, but he identified himself as a, quote-un-quote, “hack” for Hillary Clinton. Now, you can't get more biased then identifying yourself as a supporter for the candidate. So, I think it’s only right that he go to the New York Times.

VARNEY: What makes me feel that Brent Bozell has had a fantastic year and he’s enjoyed every day of it? I think you did. I know you did. All right. Hey, Brent, come and see us again soon please because there’s lots of material for you. Believe me.