Media Research Center President Brent Bozell on Monday blasted liberals who have fawned over Fidel Castro. Appearing on Fox Business in the wake of the dictator’s death, Bozell explained, “Fidel Castro has been a darling of the far-left since 1958. It goes back decade after decade after decade where the radical-left has just been infatuated by him and Che Guevara.”

Regarding the fawning coverage of Castro, he reminded, “What you won't see in any of these incredible stories that are coming out are things like Castro himself acknowledging that he urged the Soviet Union to let off nuclear bombs against the United States.”

On the subject of the incessant media praise for Cuba’s health care and schools, Bozell rebutted, “It's terrible. A lot of good that education, that health care has done that country. That country is living 75 years in the past.” 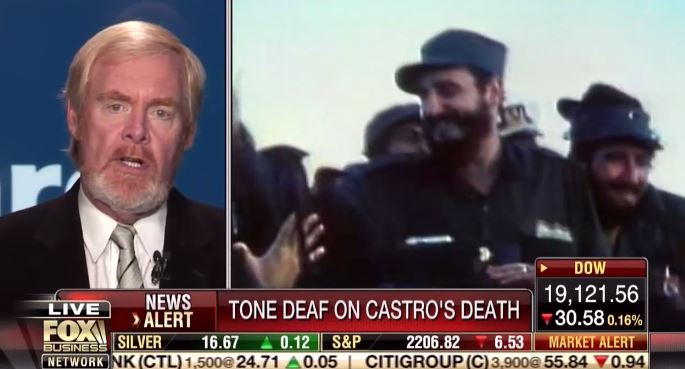 TRISH REGAN: Fidel Castro’s death celebrated on the streets of Miami’s Little Havana neighborhood. And as I was just saying, I mean, no wonder. This is a man who murdered thousands and thousands of people, an estimated 11,000. He is someone who has estimated to have stolen, in today's dollars, $50 billion from people there. Just confiscated their property. And so finally they have some relief, but contrast that celebration with the responses you saw in the media and even with President Obama's response.

In fact, in a statement, our President wrote, and I quote, “We offer condolences to Fidel Castro’s family and our thoughts and prayers are with the Cuban people. History will record and judge this enormous impact of this singular people on the people and the world around him.” Okay. I mean, no mention anywhere of the fact that this man was a dictator who imposed a reign of terror on his people. And how do you like this one? Canadian Prime Minister Justin Trudeau expressing sorrow for the death of, quote, “Cubans longest serving president.” And he referred to Fidel Castro as a remarkable leader. A remarkable leader?  He has walked that one back a bit, Mr. Trudeau, in response to the outrage understandably that he got.

Meanwhile, you got the liberal media, which is not to be outdone by Trudeau or Obama. Take a look at this in the New York Times calling Castro a “revolutionary who defied the U.S.” And the Washington Post writing that he was at spiritual beacon to the far-left. Joining me right now for reaction, Matt Welch editor at large at Reason magazine and Brent Bozell, the founder and president of Media Research Center. Good to see both you guys. What do you think, Brent, when you see that kind of terminology to describe Fidel Castro as someone who murdered thousands of people in his country and confiscated so much property and oppressed his people the way he did? Why does the New York Times and the Washington Post show him this kind of deference? 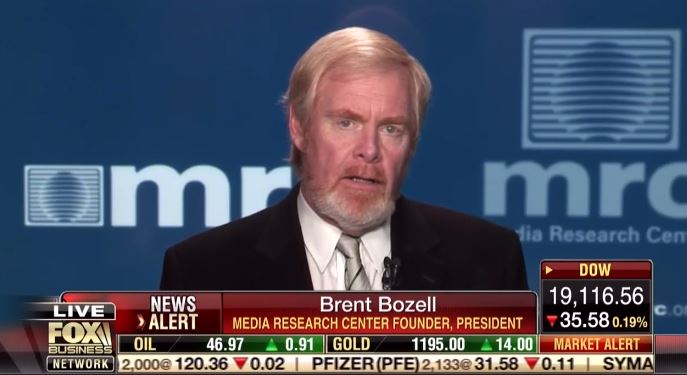 BRENT BOZELL: Fidel Castro has been a darling of the far-left since 1958. It goes back decade after decade after decade where the radical-left has just been infatuated by him and Che Guevara. What you won't see in any of these incredible stories that are coming out are things like Castro himself acknowledging that he urged the Soviet Union to let off nuclear bombs against the United States. That doesn't matter. What matters is there is a good health care system health care system in Cuba. Never mind the squalor that they are living in. No one flees to the United States or any other nation in the world to go live in Cuba and yet they celebrate Cuba.

REGAN: Actually, I have one person try and leave the United States, but that is only because he is a good reporter who wanted to actually understand the community there. I hear you, Brent. Matt you had spent time, twice you were telling me in Cuba. 18 years ago and once more recently. Does Brent have it right? I mean, these people are living in squalor. Yeah, they get health care. But no real life. No opportunity.

MATT WELCH (Reason magazine): Is a free health care when you can have access to aspirin? When we went there the first time, we were told by people who traveled there before, bring stuff, the most basic things you can imagine and give it to people, Spanish teacher of my wife. Rubbing alcohol.  She cried. She erupted in tears. She hadn't have disinfecting alcohol for her kids living in a place that doesn't had running water. She hadn’t had that in 20 years. So, It's great that you have 99.0 percent literacy rate or whatever the government-concocted statistic. But if you can't read books because of their banned and not been printed, there is something not quite so wonderful about those statistics. I want to give a shout out. There are some good reporting being done. The obituary in the Miami Herald, written by our friend Glenn Garvin was phenomenal. There is good reporting out there. But Brent is right. From the beginning, Fidel Castro manipulated liberal intelligencia and the media, specifically the New York Times, Herbert Matthews. He bamboozled him in the hills of the Sierra Madre in 1956, trying to make his revolution look much bigger than ever was. And from that moment on, Castro has played journalists in the west like a flute.

REGAN: So, in other words, there is this love affair, if you will, many journalists. And we’ve talked about this before and you've done a lot of research and reporting on this. So many people that are in this sphere come from a leftist mentality anyway. And Cuba was the pinnacle of that. Right?

BOZELL: Sure. And they’ve struggled on the work farms of Harvard and Rutgers and Brown University. They haven’t — Glenn Garvin, a great example of someone who have lived in these conditions, who knows these countries, who knows what's going on there and reports accurately and reports honestly. And it’s terrible. A lot of good that education, that health care has done that country. That country is living. 75 years in the past. They’re still using Donkeys. But then Brian Williams on MSNBC says they use donkeys because that’s the way they like to have their transportation.