According to Brent Bozell, the latest WikiLeaks e-mails show the “incestuous” relationship between journalists and the Clinton campaign. The Media Research Center President appeared on Fox Business’s After the Bell to talk about the firing of “cheater” Donna Brazile as an analyst for CNN.

Speaking about the wider media, the MRC President slammed, “It is so incestuous what is going on.... National news media and the Democratic National Committee and the Clinton Foundation, all one and the same thing.” 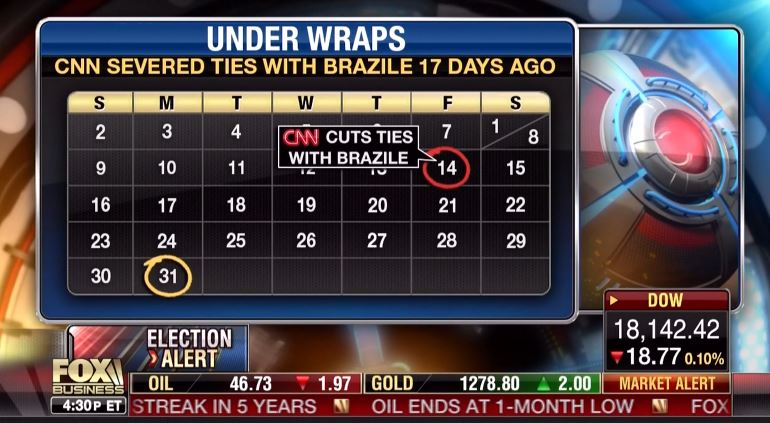 DAVID ASMAN: Well, I’m joined now by Media Research Center president Brent Bozell. Brent, we put out many, and I emphasize many, calls to CNN. We've received no response about this story. The news organization says they severed ties with Donna Brazile on October 15th. Now they just told us that today. That is 17 days ago. Why do you think we're just hear about it now?

BRENT BOZELL: Sleazy. The whole story is sleazy, isn't it, David? The, the left's idea of truth, the idea of CNN commentator, their idea of truth is to look A Fox reporter right in the eye and say that they’re telling straight up truth and they are being persecuted because they were found be cheating. CNN cheated. She cheated with the Clinton campaign. She gave the Clinton campaign not just the one answer that she denied giving. Now she is giving at least two. One on a debate and one in town hall. 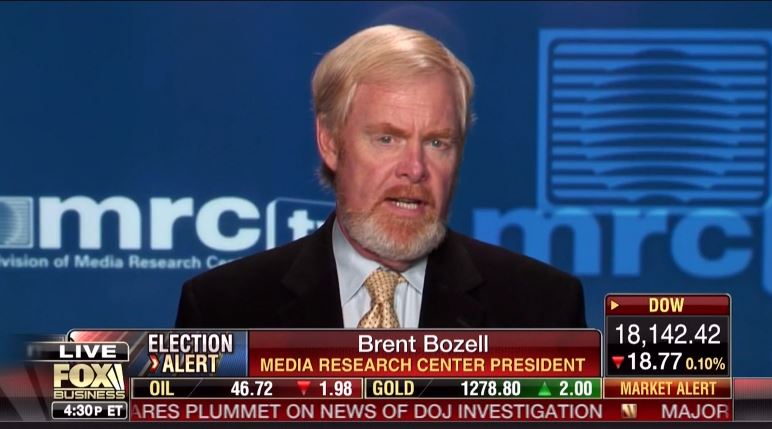 BOZELL: The bottom line she was given this information because she would pass it on to the Clinton campaign. Bottom line is CNN ought not to have accepted her resignation, David. CNN should have fired her.

ASMAN: Oh, interesting. Just a simple firing. Well they do say in their note that came out today, again 17 days after she was left go, “We're completely uncomfortable with what we have earned about her interactions with the Clinton campaign. Uncomfortable just doesn't sound strong, does it?

BOZELL: You know, I'm uncomfortable with the ride in my car this morning. But you fire somebody, when somebody does that. If they were somebody at Fox News, that person would be fired within moments if you were leaking information to Donald Trump on campaign. You would be fired publicly.

BOZELL: It is so incestuous what is going on. Now you understand the Donald Trump, the whole movement behind Donald Trump is this understanding that Washington is absolutely corrupt. And national news media and the Democratic National Committee and the Clinton Foundation, all one and the same thing.

BOZELL: That is the good thing about WikiLeaks. It really has called out the inner-workings of this machine.

ASMAN: By the way even for something silly as Saturday Night Live, we just got word that a skit back in 2008 raised the hackles of folks inside of the Clinton cartel and there is the skit back then. They were talking to each other, Podesta and others how to stop SNL from doing this. Even there, even with SNL, they're trying get their licks in.

BOZELL: David, they preach tolerance and diversity every minute of the day. This is the most intolerant movement I have ever seen in my lifetime. They will not tolerate any dissension. This is why, David, your viewers need to understand this —

BOZELL: This is why they despise Fox News because they can't tell you what to do. I mean that quite seriously.

ASMAN: And Fox Business as well. Brent Bozell, thank you very much. Good to see you.