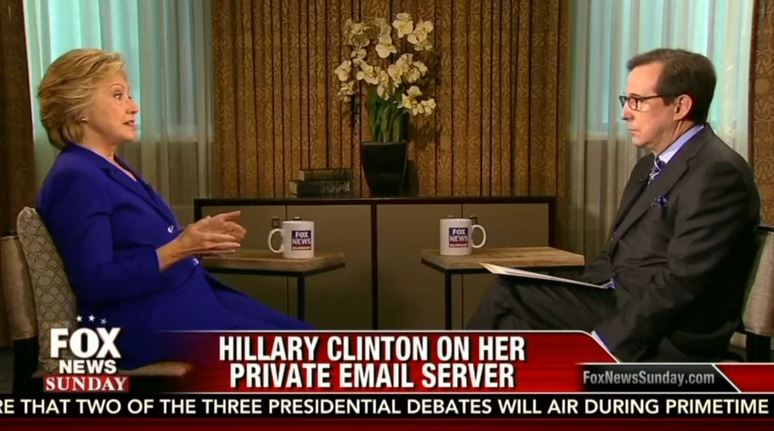 To ABC and NBC, a Donald Trump misstatement is worth reporting multiple times, but a falsehood by Hillary Clinton isn’t worth a second of coverage.

The networks were slow to cover the revelation that the U.S. had shipped $400 million to Iran on the same day that the American hostages were released. When they were finally forced to mention it, they quickly pivoted to Trump’s misstatement and accepted President Obama’s assurances that the money was not a ransom for the hostages.

On ABC’s Good Morning America on August 5, after Trump had sent out a tweet correcting himself, ABC correspondent Tom Llamas focused his entire report about the $400 million on Trump’s statement. “With the Obama administration taking heat for what critics say is a $400 million ransom payment to Iran, Trump telling crowds about a video showing that U.S. cash delivery,” Llamas said, pivoting. The rest of the story contained no mention of the Obama administration.

In a CBS interview that aired on July 11, Hillary claimed that Comey had “clarified” his comments, suggesting that he didn’t actually say she was “extremely careless.” However, Pelley pointed out that Comey had actually “clarified” his use of “carelessness” to mean “someone who is demonstrating a lack of care that strikes me as – there’s ordinary accidents and then there is just real sloppiness. So I think of that as kind of real sloppiness.”

Transcript of Pelley’s interview with Clinton:

SCOTT PELLEY: Madam Secretary, James Comey, the FBI director, concluded that you were, quote, "Extremely careless in handling classified information." How do you plead?

HILLARY CLINTON: Well, I think he clarified that remark during his testimony yesterday, and I appreciated it as I appreciate the very professional work that they and the Department of Justice did with respect to that specific question.

SCOTT PELLEY: Secretary Clinton’s use of the word, clarified, in our interview suggested that Director Comey had walked back his criticism. But this is what he told Congress--

REPRESENTATIVE TIM WALBERG: What`s your definition of extremely care-- careless, if you could go through that?

JAMES COMEY: I intended it as a common-sense term. It’s one of those kind of you know it when you see it sort of things. Somebody who is-- should know better, someone who is demonstrating a lack of care that strikes me as -- there`s ordinary accidents and then there is just real sloppiness. So I think of that as kind of real sloppiness.

SCOTT PELLEY: Comey added that if a federal employee was that sloppy with secret documents they would likely be punished or fired.