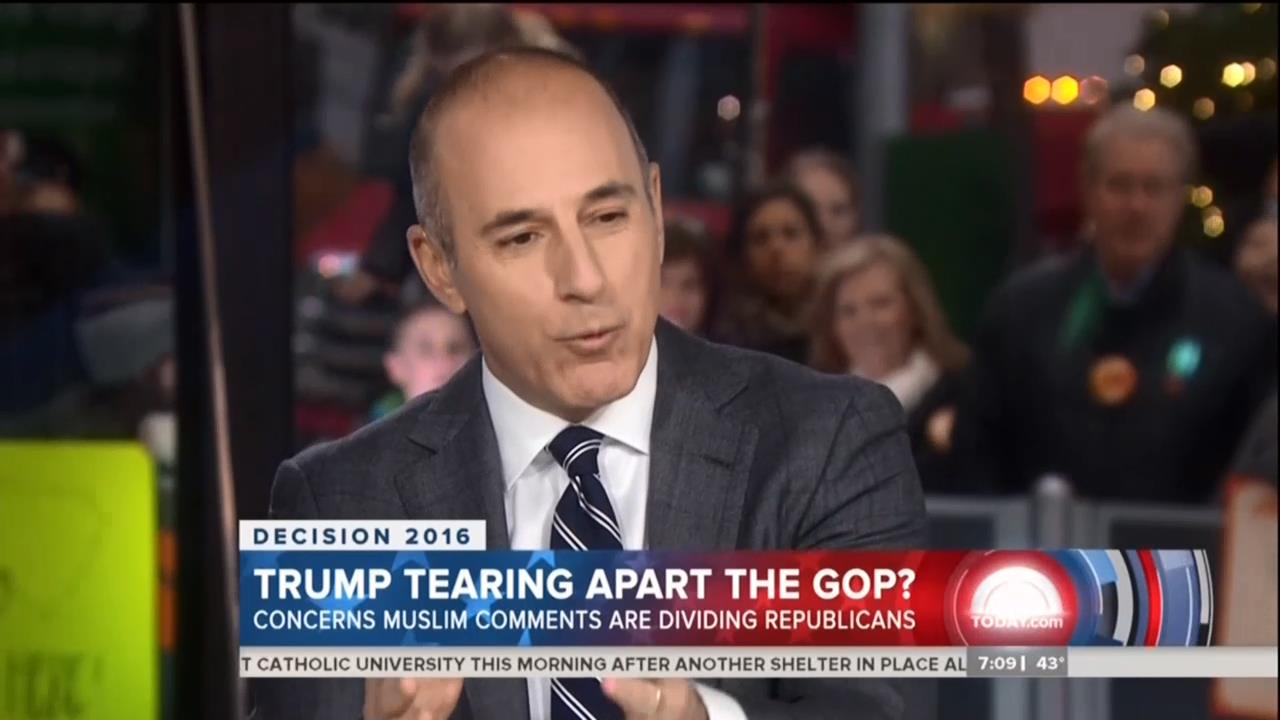 The networks are never willing to let a good Trump controversy go to waste.

The morning and evening news broadcasts on ABC, CBS and NBC have dedicated a whopping 105 minutes (1 hour and 45 minutes) to criticism of Trump’s comments about restricting Muslim immigration, since Trump made the comments on December 7.

NBC had the most coverage of Trump’s comments at 42 minutes, with ABC and CBS clocking in at 32 and 31 minutes, respectively. On Tuesday night alone, the evening news broadcasts spent 24 minutes on this topic.

On NBC Nightly News on December 8, former anchor Tom Brokaw declared that Trump’s proposed ban of all Muslims is “more, much more, than a shouted campaign provocation” but rather “is a dangerous proposal that overrides history, the law, and the foundation of America itself.”

NBC’s Today on December 9 ran clips of White House Press Secretary Josh Earnest calling out Trump for his “outright lies” and “fake hair.” On CBS This Morning, co-host Charlie Rose speculated that Trump’s rhetoric could “turn some Muslims who were prepared to give information against us.”

On ABC’s Good Morning America, correspondent Matt Gutman cited the terror-friendly Council on American-Islamic Relations to credit Trump’s comments with a “spike in anti-Muslim incidents” in the United States.

On Monday morning, CBS’s Major Garrett noted that reviews of the president’s speech were “lukewarm,” before he went on to defend it, while ABC’s Good Morning America hailed the speech as “historic.” Then the networks pivoted to the Trump story: on Monday night, the evening news shows had only 3 minutes of coverage of President Obama’s speech. The same night, they spent 3 times as much time on Donald Trump’s comments.

Since then, the networks have not mentioned President Obama’s speech or his strategy against ISIS again as of the morning shows on December 9.