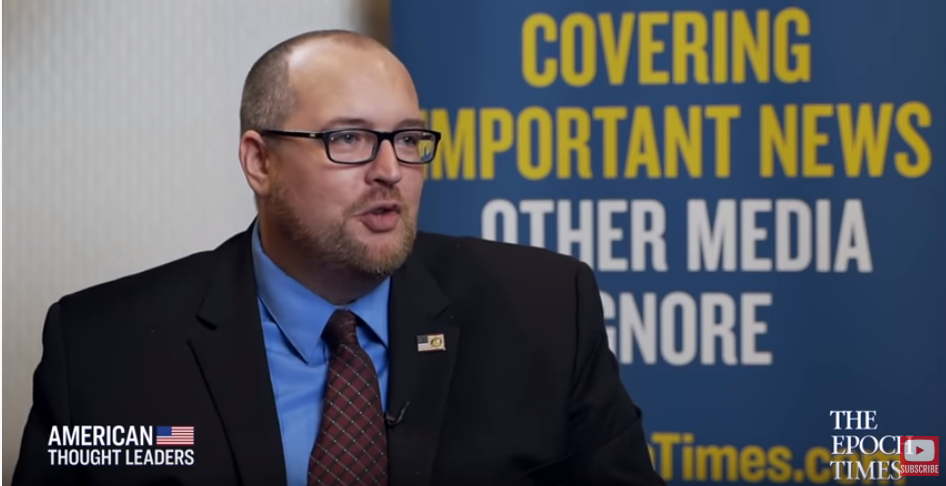 “I’m back on Twitter … You know, I’m not a big conspiracy guy, but … ,” Carpe Donktum said in a video posted on his Twitter page.

He was reportedly suspended on Monday after he tweeted out a video he claims is “CLEARLY satirical,” depicting President Donald Trump killing off journalists and critics. A group of creators who often contribute to MemeWorld.com, TheGeekzTeam, The Washington Post reported on Monday, is responsible for creating the video.

The satire video is from a scene in Kingsman: The Secret Service, in which Trump’s head is superimposed over The Kingsman character’s body and numerous media outlets and Trump critics are superimposed over other character’s bodies. In the over-the-top clip, after a Trump critic verbally assaults Trump and his family members, a massive brawl ensues, Trump taking out the media and critics.

Carpe Donktum is the owner of MemeWorld.com.

The New York Times reported that the “video depicting a macabre scene of a fake President Trump shooting, stabbing and brutally assaulting members of the news media and his political opponents was shown at a conference for his supporters at his Miami resort last week.”

The video, reported The Verge, caused “significant uproar among the press.”

When asked for comment on why the Carpe Donktum’s account was suddenly removed, “Twitter did not immediately respond,” noted The Verge. “However, Donktum spent Monday morning re-uploading much of his older content on his Twitter feed in response to the controversy. It’s unclear if the video from over the weekend play a role in the suspension.”

As of 2:58 p.m., Carpe Donktum tweeted out, “I’m back,” along with a then live video explaining that he had been suspended and is now back after what he described was “maybe a half an hour, I think.” Carpe Donktum claims that he was suspended “within five minutes” of him posting a scoop about CNN and the news organization's political narrative.

Also in the video posted upon his return to Twitter, Carpe Donktum promoted a Project Veritas report about CNN, encouraging his viewers to “go over to Project Veritas [and] follow that. Make sure you’re tweeting it out. Make sure CNN sees it. They are scared to death of what Veritas has.”