Kohn wrote a piece for the Washington Post titled, “We blame minority groups for individual crimes. Why do white conservatives get a pass?” The article is about James Houser, the man who opened fire in a Lafayette, La., movie theater, and how white privilege allows society and the media to treat him as an individual who committed a crime, and not holding a certain group accountable for one person’s actions like is often done with minorities.

The title itself is misleading. Take the use of “white conservatives” for instance. Who says Houser was a conservative?  Not sure about you, but I don’t know any true conservatives or Republicans who go around randomly shooting people because they don’t like the color of their skin or who they choose to marry.

Strike one for Kohn for foolishly trying to imply that this shooter was conservative and that ALL white people get a pass for murder. That’s a disgusting statement to make. 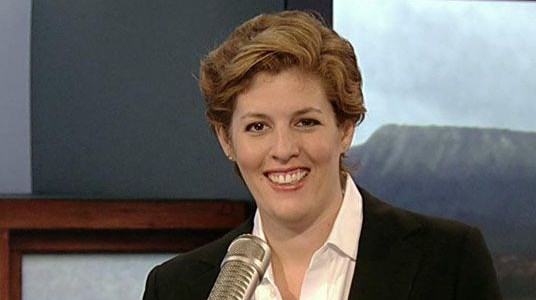 Now, here’s how Kohn tried to imply Houser was a right-wing ideologue.  First, she argued that the movie “Trainwreck” was an “arguably feminist film.”  Really?  That’s like saying “Magic Mike” is anti-male, but whatever.  She goes on:

“He was anti-abortion,” a radio host who knew shooter John Russell Houser said. “The best I can recall, Rusty had an issue with feminine rights.” He reportedly encouraged “violent” responses to abortion and the idea of women in the workforce. A bar Houser owned reportedly flew a Nazi flag out front as an anti-government statement. He lashed out against “sexual deviants.” He posted comments against immigrants and the black community. Plus, he ranted against social service programs and “had lot of anti-tax issues,” another person who knew Houser said.”

Kohn  said, “… Houser was crazy and held some beliefs that were variations of more mainstream conservative beliefs. The roots of some of Houser’s political views are hard to distinguish from ideas espoused by many, if not most, of the candidates running for the Republican Party’s presidential nomination.”

I want to be very clear here: I am NOT saying any of them would endorse or remotely condone Houser’s violence or the extremities to which he took his beliefs. Period, full stop.

Still it’s naïve, not to mention counterproductive, not to acknowledge that what ensnarled Houser’s singular mind grew from seeds of a widely sowed ideology. Houser was a bad seed, of course. And he fell far from the tree. But he was of it.

Look at Donald Trump saying that Mexican immigrants are mostly rapists and drug dealers. Or Rand Paul saying paying taxes is tantamount to slavery, or Mike Huckabee calling gay marriage a “perversion” and Ben Carson calling women who take birth control “entitled.” Not to mention the GOP repeatedly encrusting anti-gay and anti-woman policies into its official platform while consistently working to block everything from comprehensive immigration reform to basic non-discrimination laws to equal pay. Again, to say this rhetoric causes tragedies like those in Lafayette would be too simplistic. But to say there’s no connection at all is downright stupid.

Wow.  She backhandedly labeled the entire Republican Party as homophobic, xenophobic, misogynist and racist. She then gives “examples” by Donald Trump, Mike Huckabee, Rand Paul, and Ben Carson, and, like any great liberal commentator, she doesn’t give the context in which these statements were made. Nice try. Strike two.

For as much as Kohn touts “white privilege” among criminals who are white, she certainly espouses the victimization of minorities who, “are presumed to bear blame as a group even when they’re the victims of violence....We automatically pathologize all black people whether they’re perpetrating violence or the victims, regardless of the facts.”

She used this past weekend gathering at Cleveland for the Black Lives Matter movement as an example – they were tear-gassed by police, and as she put it, “some online instantly implied that the activists must have done something to provoke the police.”  Kohn used what SOME people said online as her basis for this argument. That’s not factual or substantive.  That’s cherry-picking.

Oh but it gets better! According to Kohn, we don’t blame the individual who is a minority – no, we blame the entire minority as a group for one’s criminal actions, “yet when white men shoot up movie theaters or black churches, they’re given the benefit of individuality.”

Really?  Because if I'm not mistaken, Kohn is just as guilty of the same thing she accuses others of doing – blaming a group for an individual’s actions by trying to link Houser to conservatives and twisting their beliefs to try and make her argument. Houser wasn’t a conservative.  Houser was a crazy and hateful man, period, and he certainly didn’t hold the same morals or beliefs of true conservatives.

Strike three Kohn. You're crazy liberal commentator, but I won't blame you,  I'll blame CNN and The Washington Post for distributing your stupidity.