Nir Rosen, one of the more rabidly left-wing foreign policy commentators out there has finally gotten some just desserts after he ridiculed CBS News correspondent Lara Logan after she was assaulted by a mob in Egypt. After learning the news of the attack on Logan, Rosen took to Twitter to ridicule her and in the process revealed his deep anti-Iraq war bias.

"Lara Logan had to outdo Anderson. Where was her buddy McCrystal," he wrote, apparently wishing that former U.S. general Stanley McCrystal and CNN anchor Anderson Cooper had been also sexually assaulted by a mob.

Rosen's disgusting comments got worse from there, even as the fellow at New York University’s Center on Law and Security attempted to rationalize his hatred. "Yes yes its wrong what happened to her. Of course. I don't support that. But, it would have been funny if it happened to Anderson too." 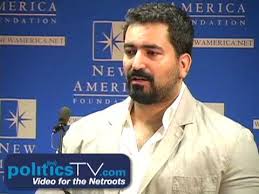 That wasn't enough for Rosen who continued his ranting as he stated why Logan was the target of his hate-filled, sexist tirade: She was not sufficiently against the U.S. invasion and occupation of Iraq.

"Jesus Christ, at a moment when she is going to become a martyr and glorified we should at least remember her role as a major war monger," Rosen tweeted.

Moments later, Rosen started to backpedal: "Look, she was probably groped like thousands of other women, which is still wrong, but if it was worse than [sic] I'm sorry."

Finally he admitted his error, albeit in a profane manner: "Ah f--- it, I apologize for being insensitive, it's always wrong, that's obvious, but I'm rolling my eyes at all the attention she will get." "As someone who's devoted his career to defending victims and supporting justice, I'm very ashamed for my insensitive and offensive comments."

That apology and Rosen's deletion of his hate-filled tweets wasn't enough to save him, however as they had been captured by a number of bloggers already. We don't know fully what happened behind the scenes today but a few hours ago, the NYU Center on Law and Security released a statement saying that Rosen had resigned his position:

Nir Rosen is always provocative, but he crossed the line with his comments about Lara Logan. I am deeply distressed by what he wrote about Ms. Logan and strongly denounce his comments. They were cruel and insensitive and completely unacceptable. Mr. Rosen tells me that he misunderstood the severity of the attack on her in Cairo. He has apologized, withdrawn his remarks, and submitted his resignation as a fellow, which I have accepted. However, this in no way compensates for the harm his comments have inflicted. We are all horrified by what happened to Ms. Logan, and our thoughts are with her during this difficult time.

This looks like a rare moment where a leftist media commentator has had to pay the price for truly outrageous remarks. Put it on your calendar. Let's hope that Logan and her family did not see Rosen's hateful remarks as well.

PS: Rosen has a long record of trying to promote an American withdrawal from Iraq based on false assertions about how well the war is going there. In late 2006 when the war was starting to turn and the surge was working, Rosen was preaching the gospel of failure:

Nir Rosen: "Unfortunately, there's no good news in Iraq. There's no corner that's been turned, there's no milestone. The civil war began intensively in 2005, and it's continuing. This ethnic cleansing, Sunnis from Shia neighborhoods, Shias being expelled from Sunni neighborhoods, dead bodies on the street every day, tortured and killed because they're Sunni or because they're Shia. Events inside the Green Zone just don't really matter....The green zone is just a theater for people outside of Iraq. The militias are on the street in Iraq. They are the ones killing each other every day. And I just feel very depressed and hopeless. I think the civil war is going to intensify."

Update 2010-02-17 8:57. It shouldn't surprise to learn that the mob that attacked Logan was screaming out "Jew, Jew Jew!" at her, suspecting she was an Israeli spy.