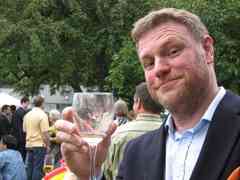 Great news for free speech fans that likely won't get reported much of anywhere outside the rightosphere: the national Canadian "Human Rights" Commission has declined to prosecute a "hate speech" allegation against columnist and author Mark Steyn and the magazine Maclean's.

The allegation, brought against Steyn as part of an effort by the Canadian Islamic Congress (that country's resident apologists for radical Islam comparable to CAIR here) to use the government to censor critics of Islam. It was the second of three motions before three separate bodies to be dismissed; Steyn still awaits the decision of the British Columbia provincial commission.

The national commission did not announce the dismissal publicly so here's the Maclean's reaction:

Maclean's magazine is pleased that the Canadian Human Rights Commission has dismissed the complaint brought against it by the Canadian Islamic Congress. The decision is in keeping with our long-standing position that the article in question, "The Future Belongs to Islam," an excerpt from Mark Steyn's best-selling book America Alone, was a worthy piece of commentary on important geopolitical issues, entirely within the bounds of normal journalistic practice.

Though gratified by the decision, Maclean's continues to assert that no human rights commission, whether at the federal or provincial level, has the mandate or the expertise to monitor, inquire into, or assess the editorial decisions of the nation's media. And we continue to have grave concerns about a system of complaint and adjudication that allows a media outlet to be pursued in multiple jurisdictions on the same complaint, brought by the same complainants, subjecting it to costs of hundreds of thousands of dollars, to say nothing of the inconvenience. We enthusiastically support those parliamentarians who are calling for legislative review of the commissions with regard to speech issues.

Sadly those legislators do not presently include the ruling Conservative Party of Stephen Harper which has gone on the record as supporting the existence of the free-speech-threatening commissions.

The CHRC's decision was not about supporting free expression though, as Ezra Levant writes:

With an RCMP investigation, a Privacy Commission investigation and a pending Parliamentary investigation, they're already fighting a multi-front P.R. war, and losing badly. Not a day goes by when the CHRC isn't pummelled in the media. Holding a show trial of Maclean's and Steyn, like the B.C. Human Rights Tribunal did earlier this month, would be writing their own political death sentence.

So they blinked. Against everything in their DNA, they let Maclean's go. That's the first smart thing they've done; because the sooner they can get the public scrutiny to go away, the sooner they can go about prosecuting their less well-heeled targets, people who can't afford Canada's best lawyers and command the attention and affection of the country's literati.

That is the true danger of speech regulations. Those who can fight them often escape them. Most cannot, however. Stephen Harper needs to reverse course and put an end to such Orwellian institutions and claim the free speech mantle for conservatism.

Mark Steyn photo courtesy of Deborah Gyapong who was at a party with Steyn the day the decision was announced.