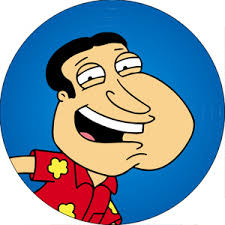 Not only is America in a quagmire, but Israel is, too. Via Hot Air, here's the first few grafs of a Salon reprint of a Der Spiegel article headlined "Is Israel Facing a Quagmire?:"

On the map the war looks so straightforward. An Israeli commander has marked Hezbollah strongholds in south Lebanon red for the purposes of our briefing -- lately practically all of the towns north of the Israeli border are colored red. Marked with blue crosses are the strategically important positions, mostly crossroads, now controlled by Israel. "Now we have to just go in and deal with the Hezbollah boys," the commander, who asked not to be identified, said. "There isn't much more to say." [...]

The mission, christened "Just Reward," now appears much more difficult than was first thought -- above all in terms of casualties. Since the small targeted ground operations began Israeli soldiers have been dying on a daily basis in heavy firefights. Wednesday was especially bloody. In an attempt to take the Hezbollah stronghold of Bint Jbail, as many as 14 Israelis lost their lives.

Military analysts and politicians talked confidently at the beginning of the mission of targeted, surgical assaults against Hezbollah and an estimated conflict duration of about a week. Now Israel is increasingly preparing for a long war. Even the commander in Avivim just shrugs his shoulders when he is asked when the war will end. "We are fighting against an invisible enemy ... against small hidden positions all over southern Lebanon, against weapons concealed in bunkers," he says. "That can take a while."

Still the newspapers have refrained from criticism, describing merely the dilemma the army faces. "Two weeks after Israel set out to defeat Hezbollah, its military achievements are pretty limited," wrote columnist Yoel Marcus in the newspaper Haaretz. However, should more deaths, injuries and minor victories for Hezbollah occur in the coming days, the mood could change. Already Israelis are starting to hear and read comparisons with Iraq or Afghanistan.