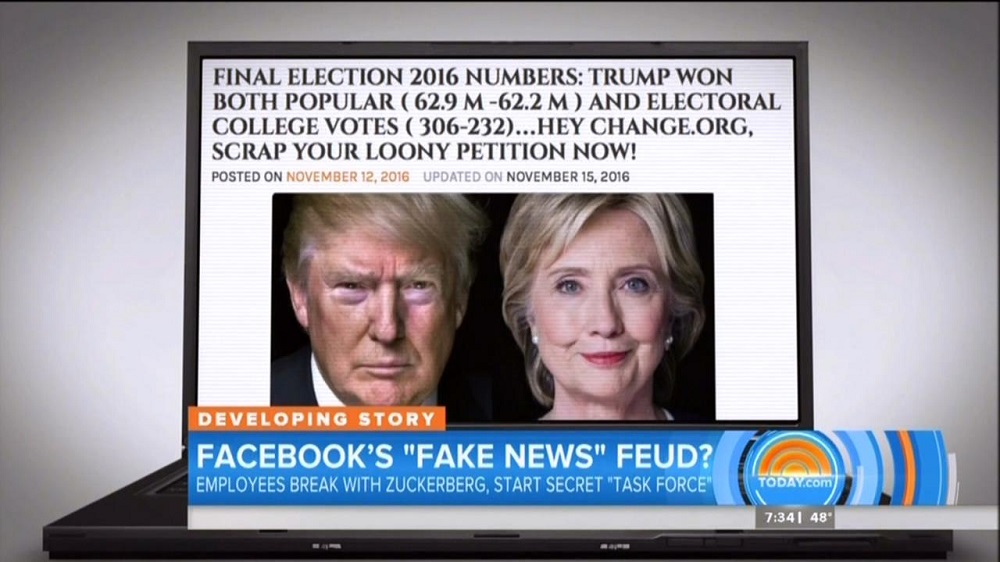 Jessica Roy spotlighted Merrimack College Professor Melissa Zimdars's list of "False, Misleading, Clickbait-y, and/or Satirical 'News' Sources" in a Tuesday item on Los Angeles Times's "Trail Guide" blog. Roy pointed out that "Breitbart, the 'platform for the alt-right' whose chairman was just named Trump's chief strategist, is on there." However, Professor Zimdars, a self-identified feminist, also included less-controversial, mainstream websites such as RedState, The Blaze, and Twitchy on her "fake news" list, which has apparently been "making the rounds on social media as people seek to cleanse their newsfeeds of misinformation."

Roy led her post, "Want to keep fake news out of your newsfeed? College professor creates list of sites to avoid," by playing up that "during the election, many people fell prey to fake news stories on social media -- even the president-elect ended up retweeting fake statistics. A professor of communication has created a list of unreliable news sites to help people do better." The former Huffington Post producer continued by noting that "Zimdars...put together a publicly available Google doc cataloging 'False, misleading, clickbait-y and satirical 'news' sources.'"

The L.A. Times writer contended that "many of the sites on the list are aggregators – they take news stories from other sources and rewrite them with more inflammatory headlines and without contextual facts." She continued with her statement about Breitbart, and also noted that the presence of InfoWars: "Alex Jones, who runs InfoWars, said Trump personally called to thank him for helping him win the election."

Roy later quoted from Zimdars's document, who outlined that "not all of these sources are always or inherently problematic, neither are all of them fake or false...They should be considered in conjunction with other news/info sources due to their tendency to rely on clickbait headlines or Facebook descriptions, etc." The professor split her list into three categories: "fake, false, or regularly misleading websites;" sites that, in her view, "circulate misleading and/or potentially unreliable information;" and websites that "sometimes use clickbait-y headlines and social media descriptions."

The professor included Independent Journal Review (IJR) on her list, but didn't disclose which category it supposedly fell under. Back in November 2014, the New York Times actually spotlighted how IJR "emerged as one of the most popular online destinations for conservatives. The site mixes entertaining, shareable topics like pets through a conservative-values lens (for example, a recent piece about a dog helping to heal a sick veteran) with articles about politics and policy." Zimdars also included James O'Keefe's Project Veritas website, Red State (which she labeled "clickbait-y"), The Blaze, and Twitchy.com (also "click-baity")

Zimdars currently has her Twitter account in "protected" mode. However, the Google cache of the Twitter account reveals the professor's left-leaning reactions to the vice presidential debate (besides her "feminist" and "activist" labels on her profile): 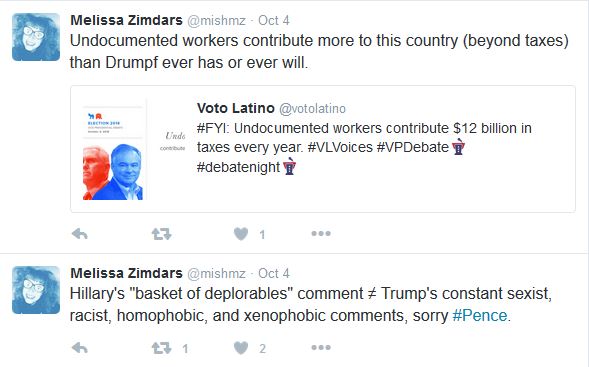 The Vox article the academic linked to in her Pence/abortions Tweet bemoaned how the outgoing Indiana governor "basically invented the Republican Party's war on Planned Parenthood while he was in Congress." It also hyped that the Vice President-Elect "signed one anti-abortion bill in March of this year that was so extreme, even some pro-life Republicans opposed it....The law did something truly bizarre. It would have basically forced women to seek funerary services for a fetus — whether she'd had an abortion or a miscarriage, and no matter how far along the pregnancy was. The law Pence backed would have required all fetal tissue to be cremated or buried, an unprecedented measure in state law."