CNN used Friday's tragic shooting to force the gun control debate back into headlines this past weekend, and multiple network anchors made a blatant liberal push for further gun regulation.

The advocacy began just hours after the atrocity, despite both President Obama and Mitt Romney abstaining from politicking on the day of the massacre. "America has got to do something about its gun laws. Now is the time," CNN's Piers Morgan tweeted hours after the shooting.

Morgan followed that up with more tweets and a Friday night show that was loaded with pro-gun control guests. Below are some of the most egregious examples of CNN's bias in favor of gun control from Friday, July 20, through Monday, July 23:

"You tell me a good reason why we should not strengthen the law now to stop another young man like him going into a store tomorrow, buying four more weapons, 6,000 rounds of ammunition on the internet, and killing and shooting another 70 people in America."
– Piers Morgan, Piers Morgan Tonight, July 20

"[W]hat has to happen for Washington to reinstate the Assault Weapons Ban which expired back in 2004?"
– Brooke Baldwin to Philadelphia Mayor Michael Nutter (D), 3 p.m. CNN Newsroom, July 20 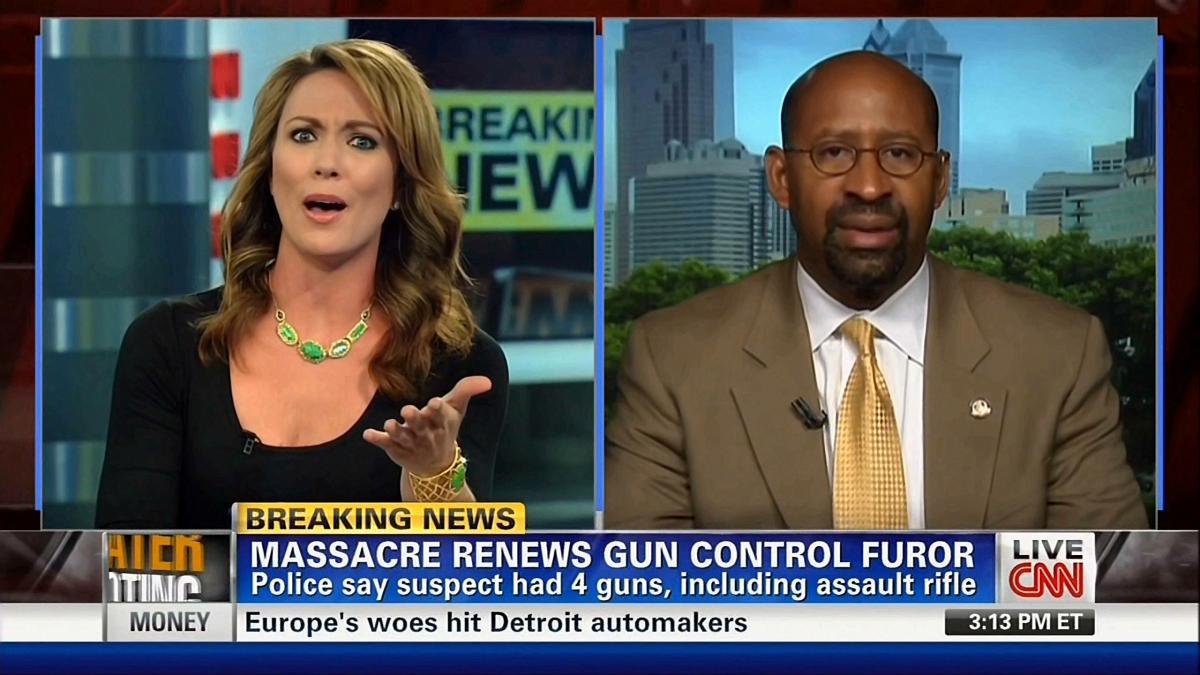 "Every time one of these things happens – Gabrielle Giffords last year, this shooting here -- there's an outrage, and then very quickly it dissipates. The American people quite quickly go back to their normal lives and they don't demand action in a way that I would expect them to. Why do so many Americans not feel angry enough to demand further gun control?"
– Piers Morgan to New York City Mayor Michael Bloomberg (I), Piers Morgan Tonight, July 23

"If the political leaders in this country continue to say nothing about this, gun sales increase at the rate they've been increasing, and we see more and more of these incidents, people will say, Mayor Bloomberg, it's time you ran for the highest office. It's time you took charge of this."
– Piers Morgan to pro-gun control Mayor Michael Bloomberg, Piers Morgan Tonight, July 23

"But it's ultimately about conscience. It's about learning from our experiences, our country, these searing experiences and recognizing that we've done this before. Bill Clinton took on the NRA in 1994. We passed an assault weapons ban. It lapsed 10 years later. So there is an example of profiles in courage. This should not be an undiscovered country. It is about courage. It is about taking on some powerful interests. But sometimes that's necessary to have a rational debate that actually deals with the problem."
– CNN contributor John Avlon, Erin Burnett OutFront, July 23

Ironically, both a CNN host and a CNN contributor expressed their distaste for the media hitting on the gun issue Friday morning. Howard Kurtz called out CNN and Piers Morgan by name for turning the atrocity into "ideological fodder."

"I feel so strongly about this – how about waiting a decent interval, maybe a day, until, you know, the families have had a time to absorb the shock, the victims have been identified. Why this rush to do it immediately?" Kurtz asked on his Sunday show Reliable Sources.

"But in terms of just overall sensitivity, where the nation's mood was, no I don't think it was the right time to bring up that conversation," CNN contributor L.Z. Granderson said of debating guns the very morning of the shooting, which is what Morgan did.