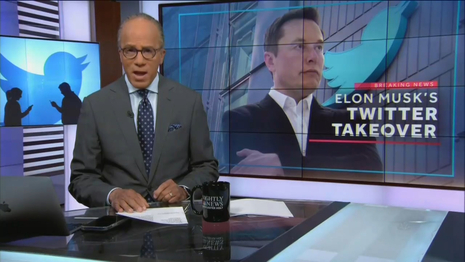 After highlighting some of the panic on broadcast networks like CBS and NBC, Schorr highlighted:

Brian Stelter, formerly of CNN+, wondered aloud if Musk’s takeover might result in a mass exodus from the platform. “If you get invited to something where there are no rules, where there is total freedom for everybody, do you actually want to go to that party or are you going to decide to stay home?” asked Stelter.