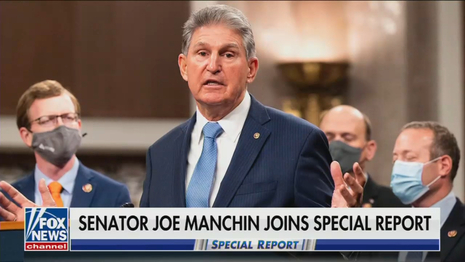 On Monday, National Review’s senior writer Charles C.W. Cooke reported that “Rolling Stone has a big, angsty story today about how terrible Senator Joe Manchin is. The headline of the offering is ‘How Joe Manchin Knifed the Democrats — and Bailed on Saving Democracy,’ the tweet promoting it reads, ‘How Joe Machin double-crossed Democrats — and torched plans to protect your vote’ [sic], and the tone of the piece follows suit.”

“It didn’t matter how many times Manchin and Sinema made their position plain,” regarding their opposition to doing away with the filibuster, Cooke said of the refusal by Democrats and the leftist media to accept that reality. He then observed: “Rolling Stone‘s piece would be much, much more useful if it acknowledged that directly, instead ham-fistedly directing blame at the two figures in the drama who were open about their stances all along.”