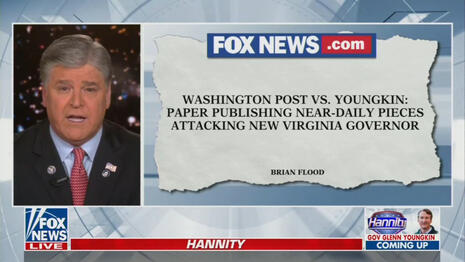 He went to explain: “Since Youngkin was sworn in as governor of Virginia on January 15, the Post has published at least 18 negative opinion headlines in roughly three weeks and an editorial cartoon even portrayed him in a ‘dunce’ cap.” Flood then listed an incredible 20 headlines in the left-wing paper attacking the Republican during his first few weeks in office (he’s only be governor for 27 days).