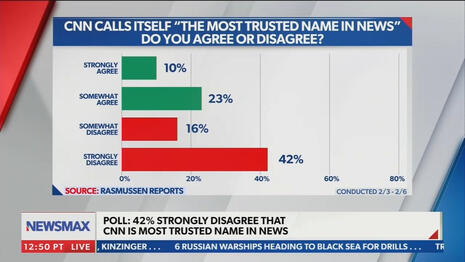 Breaking down the data, Bannister noted: “Forty-two (42%) ‘Strongly Disagree’ with CNN’s claim, while another 16% ‘Somewhat Disagree.’ Just 10% ‘Strongly Agree’ that CNN is the most trusted news source. Twenty-three (23%) ‘Somewhat Agree.’”