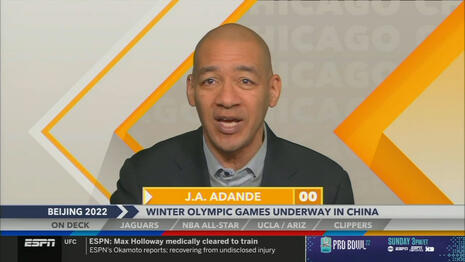 Downey explained that the incendiary comment was made on ESPN’s Around the Horn, when “J. A. Adande, a former writer for the network and the Director of Sports Journalism at Northwestern University, said the U.S. should examine its own behavior and treatment of its people before attacking China.” Adande ranted: “Who are we to criticize China’s human rights record when we have ongoing attacks by the agents of the state against unarmed citizens and we’ve got assaults on the voting rights of our people of color in various states in this country?”