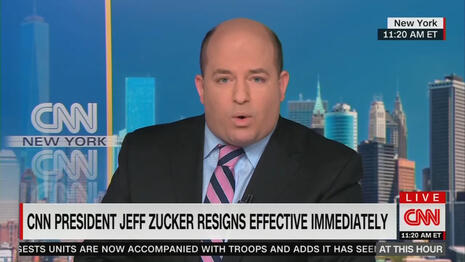 Wulfsohn noted: “Stelter, who has emerged as CNN’s lackey whenever the network was swept up in controversy, has been all over CNN’s airwaves on Wednesday to report on the sudden resignation of his boss...” He went to highlight: “‘The network needs to step up and fire Brian Stelter,’ the CNN insider told DailyMail.com....‘He’s been Jeff Zucker’s water boy for years and no one believes he didn’t know about all of this,’ the source told the outlet.”