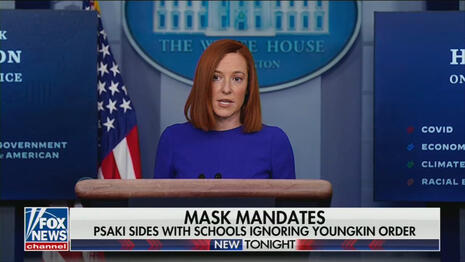 “Psaki shared a video on Twitter of Youngkin responding to a question about the executive order after the Arlington Public School district said it would maintain a mask requirement for students and staff....saying in part, ‘Thank you to @APSVirginia for standing up for our kids, teachers, and administrators and their safety in the midst of a transmissible variant,’” Sellers explained. She highlight how The Federalist’s Senior Editor Mollie Hemingway, among several others, blasted Psaki for her petty and deceptive tweet.

Read the full article on The Daily Caller.